If you’ve gone vegan and are looking for an exceptional vegan butter recipe then you’ve come to the right place!

I was once lucky enough to dine at the famous Per Se restaurant in NYC. The most memorable thing about the expertly concocted four course meal was the butter plate. Crazy huh? Well, this plate contained three different butters from France with varying fat contents. Creamy, fatty, salty, delicious. They stole the show, and started a life long butter obsession.

Since going vegan, I haven’t eaten dairy butter, of course. However, I’ve tried a multitude of vegan butters. Some are downright terrible, some exceptional. Naturli’ I’m talking about you. If you have access to well stocked vegan shops then finding a great butter substitute isn’t an issue.

However, we aren’t all so lucky. Additionally, since a lot of substitutes contain unhealthy ingredients, or are just plain expensive making homemade vegan butter is a great idea. It’s an excellent way to control what you’re putting into your body and what is coming out of your wallet!

Vegan butter recipes included a variety of ingredients. Most of them can be found in your standard vegan pantry, and they typically they contain oil and plant milk. Some take five minutes, and some are fermented and take a few days to make. Regardless of your time or level of interest in vegan butter making there is a recipe here for you.

Here are seven vegan butter recipes that will have you slathering toast in no time! 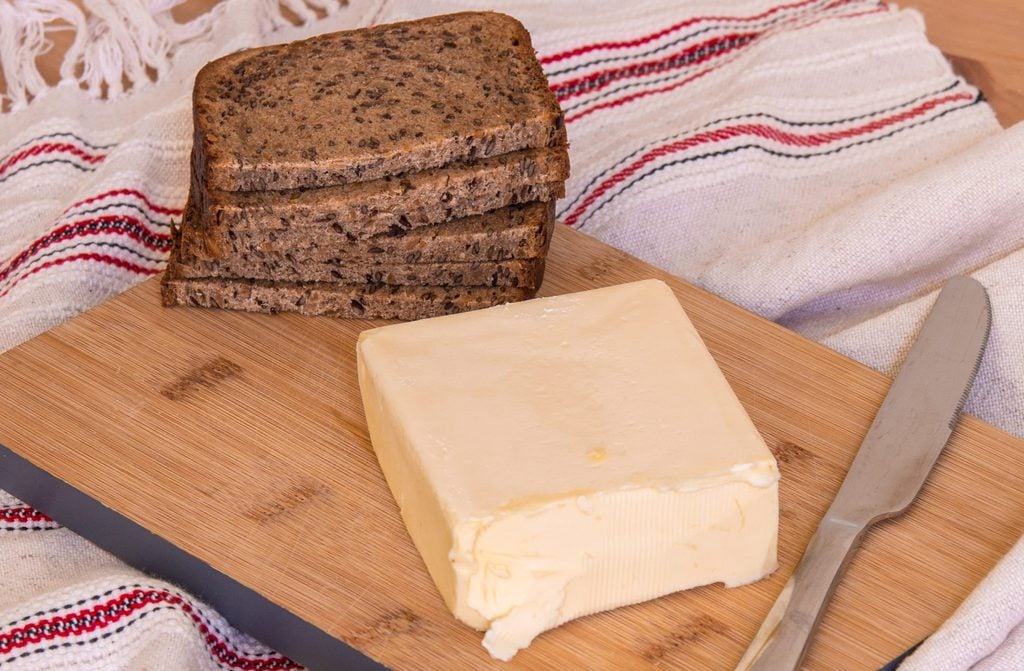 If you do make one of these recipes and want something amazing to dollop the vegan butter on, check out my vegan pancake recipe here!

This coconut oil based vegan butter is an excellent option for baking, frying, or simply spreading on bread. Not a super option for baking, but this recipe is quick and easy. It takes about five minutes and doesn’t contain any fussy ingredients. In fact, most vegans will already have everything in their pantry to make it.

Easy Vegan Butter Recipe with Almonds by A Virtual Vegan

Unless you have an unfortunate nut allergy you’re gonna love this one. The secret to this vegan butter recipe is almond meal. The palm oil free recipe also contains ingredients most of us will already have on hand. If you’ve got a blender, then you’ll be able to whip this one up in a matter of minutes.

It’s prefect for spreading, baking, and cake frosting. You can even freeze it to have on hand any time.

Bringing vegan butter to the next level, this recipe uses probiotics, almond flour, sunflower lecithin, and the rich buttery flavor of avocado oil to create a super convincing butter substitute. Plus, it’s non-vegan approved. In the video, the creator’s partner talks about how convincing and similar it is to “the real thing”.

Note: if you don’t want to use probiotics, there is also a recipe on the page for non-cultured butter.

Vegan Cultured Butter with Cashews by Full of Plants

This butter, which looks incredibly similar to dairy butter, can be used as a spread, for baking, frosting, browning, or just adding flavor to savory dishes. YUM!

If you don’t have the time, or desire, to spend on making a fermented vegan butter then let’s get back to the basics with a super quick and easy vegan butter recipe. This butter substitute from Fork & Beans takes all of five minutes and yields a solid pound of butterless butter! The only thing you’ll need that you probably don’t have in your pantry already is liquid lecithin, which you can get on iHerb (use code RAN9767 for a discount). Everything else is pretty standard.

This easy to make vegan butter spreads like the real stuff and can be used for baking.

Well…apparently when you blend together cauliflower, Psyllium Husks, and a few other ingredients you get vegan butter. I’m honestly really surprised by this, but it does look legit.

Don’t know what psyllium husks are or where to get them? You’re not alone. I had to look that up. Not to worry though, you can get them on iHerb here (use code RAN9767 for a discount).

Here’s another super easy vegan butter recipe. I like this one because it includes avocado, coconut, and olive oils. Yes, it’s high in fat but what’s butter without fat!?

Plus, this one has nutritional yeast, and who can ever have enough of that stuff?

Pin It to Your Favorite Recipe Board! 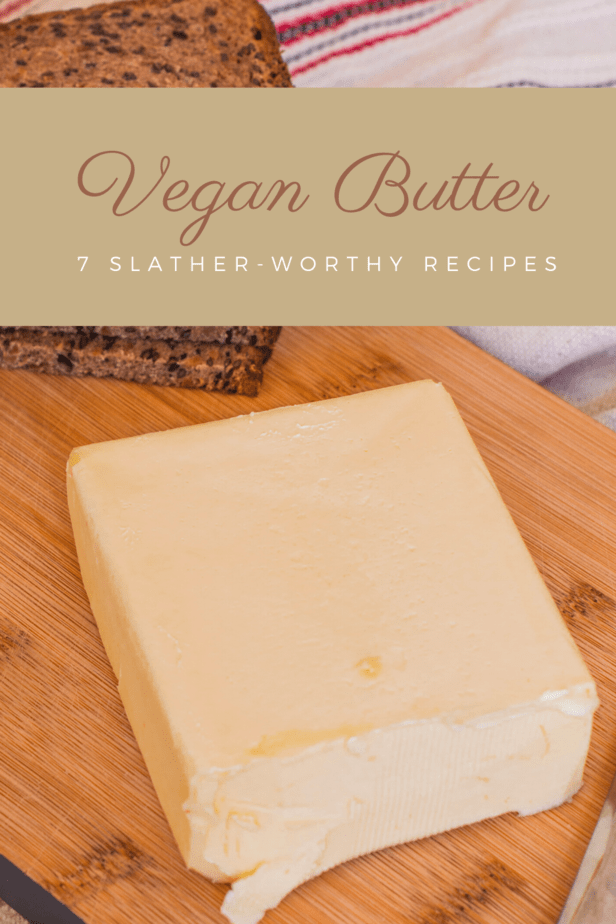