Banana bread is huge in the South where I grew up. Seemingly every restaurant, cafe, or dessert shop in Texas and Louisiana has it on their menu. But the best banana bread was always the homemade stuff.

When I went vegan, this was one of the first recipes I veganized. And, to be honest, it was pretty easy. I think I got it right on the first try. I’m not bragging, but I think banana bread is just super simple to make. If you can measure and mix, then you can make it.

My vegan banana bread recipe takes things to the next level. The addition of apples and walnuts gives it extra oomph! The subtle banana flavor is complemented with the super sweet apples, and earthy flavor from the walnuts. These two ingredients also add some nice texture to this uber soft, fluffy, and moist banana bread. Melt a bit of vegan butter on top, and you will be in heaven. 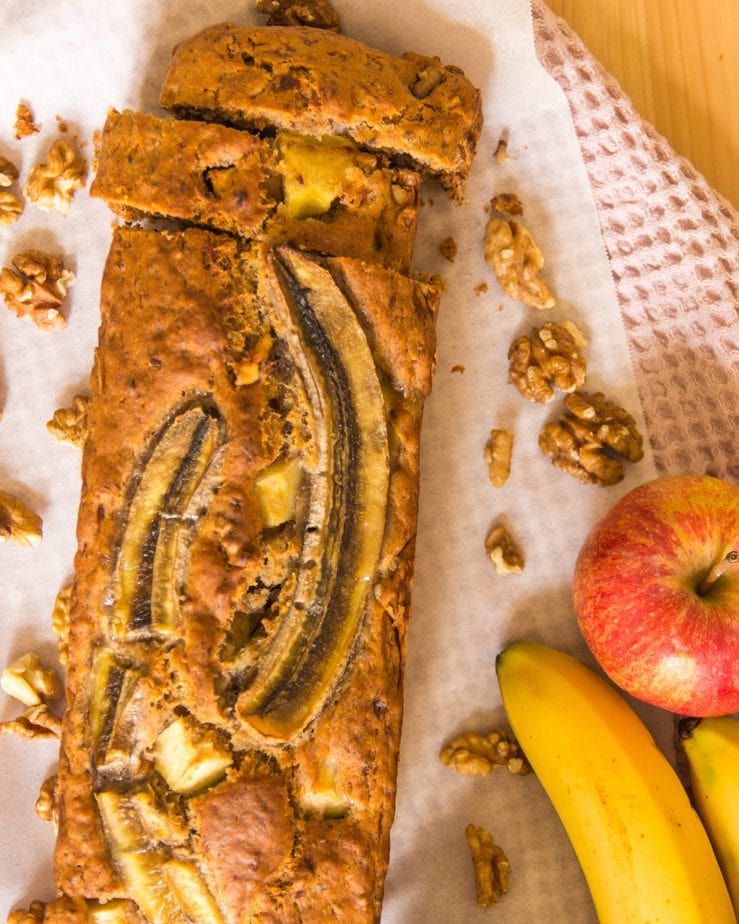 This vegan banana bread is delicious even without apples and walnuts. It’s also super easy to customize.

If you’re craving blueberries, add those instead. If you have pecans in the cupboard use those. Fancy chocolate chips? Throw them in! After all, what better combination is there than banana and chocolate? Oh…maybe vegan nutella and banana? Yup, I’ve added that too, and it’s superb. The combinations are pretty much endless.

If you’re not a baker and the idea of making this vegan banana bread recipe scares you, don’t worry! I made a handy little video to show you step by step how to make it! Here are the steps outlined in the video and in more detail in the recipe below.

Congratulations, you have successfully made and devoured the best vegan banana bread recipe out there! 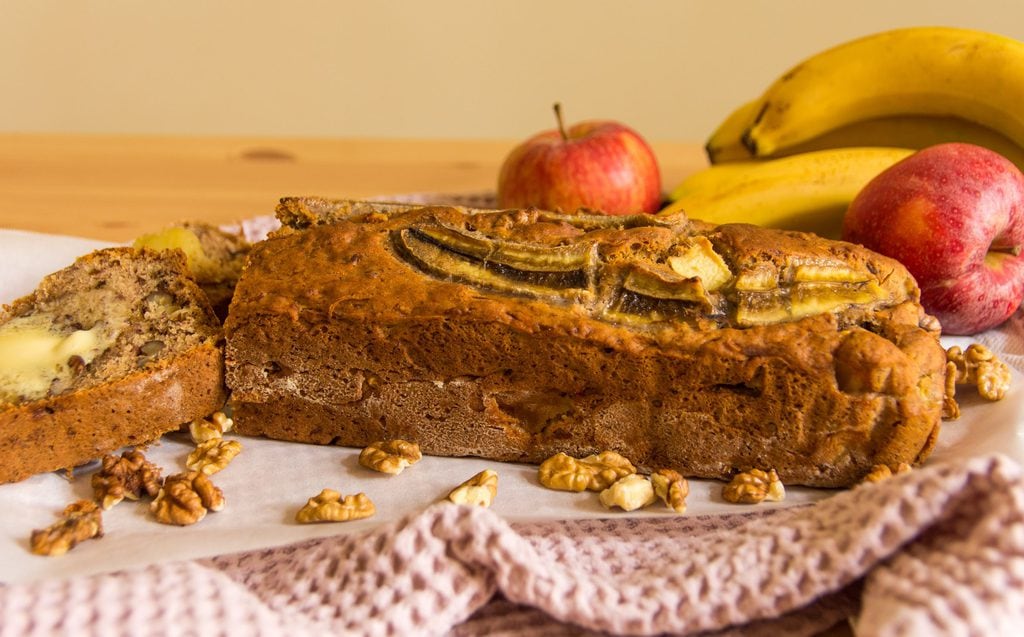 This bread is delicious straight out of the oven and slathered with vegan butter. It’s also excellent the next day for breakfast…if it lasts that long.

You won’t need any fancy equipment, expensive ingredients, or special skills to make this vegan banana bread. The recipe is down to earth and pretty much everyone can make it.

Just follow the recipe below, and you’ll have delicious vegan apple banana bread in just over an hour! 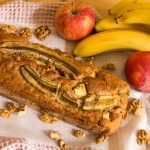 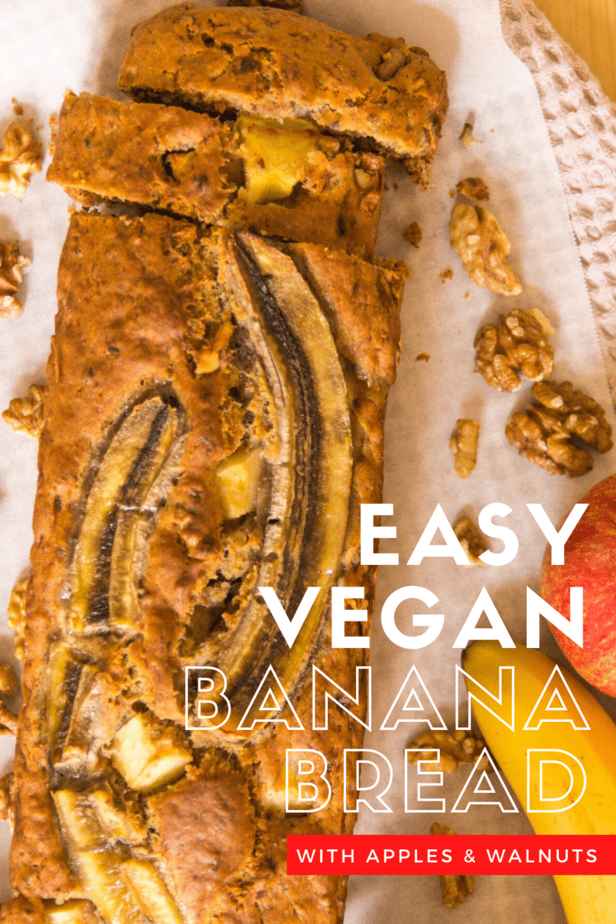