Looking for a vegan breakfast burrito recipe? Look no further. This tofu scramble, smoked tempeh bacon, vegan cheese, and potato burrito is the answer to your Saturday morning cravings!

Mexican food for breakfast? Absolutely! Growing up in Texas meant Mexican food was everywhere. There’s nothing better than waking up to savory, spicy, flavorful cheesy bacon, egg, and potato breakfast burritos. Well, actually this cruelty free vegan version is better. Not only is your stomach happy, but no animals were harmed in the making! 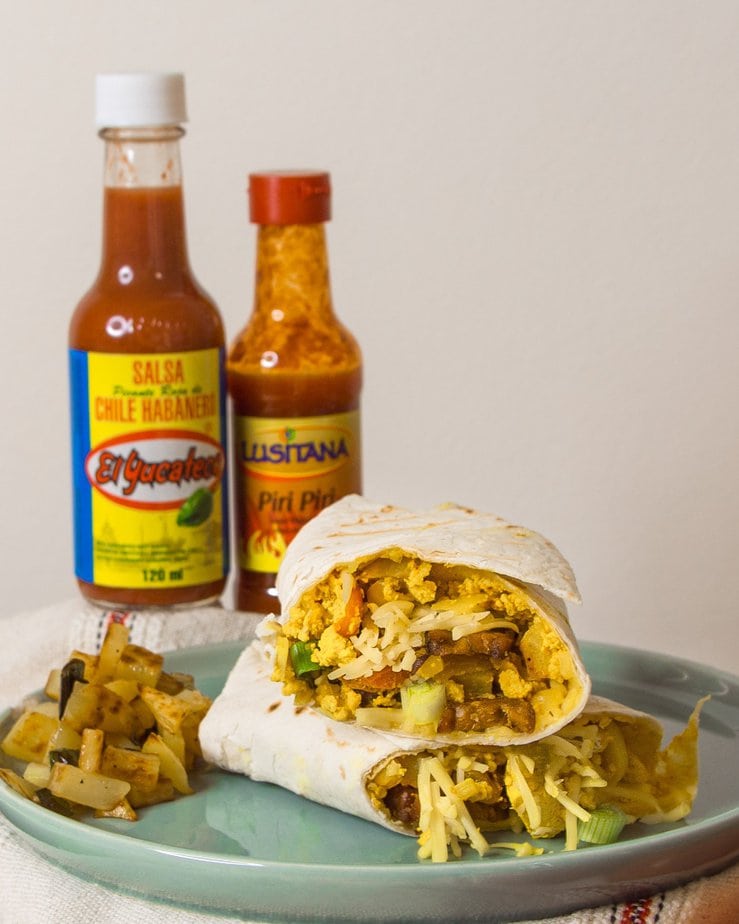 Wrap it all up in a flour tortilla and dunk it in fresh salsa or spicy hot sauce and your weekend is off to a great start!

Additionally, the recipe makes enough tofu scramble for leftovers and, trust me, it’s is excellent the next day. You can even wrap the burritos in foil and keep them in the refrigerator for a quick breakfast. They heat exceptionally well in the oven, or in a hot pan on the stove top.

If you’re craving something sweet, I’ve got you covered too. My fluffy vegan pancakes are to die for!

Without further ado, here’s the recipe! 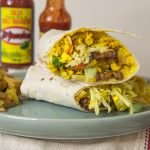 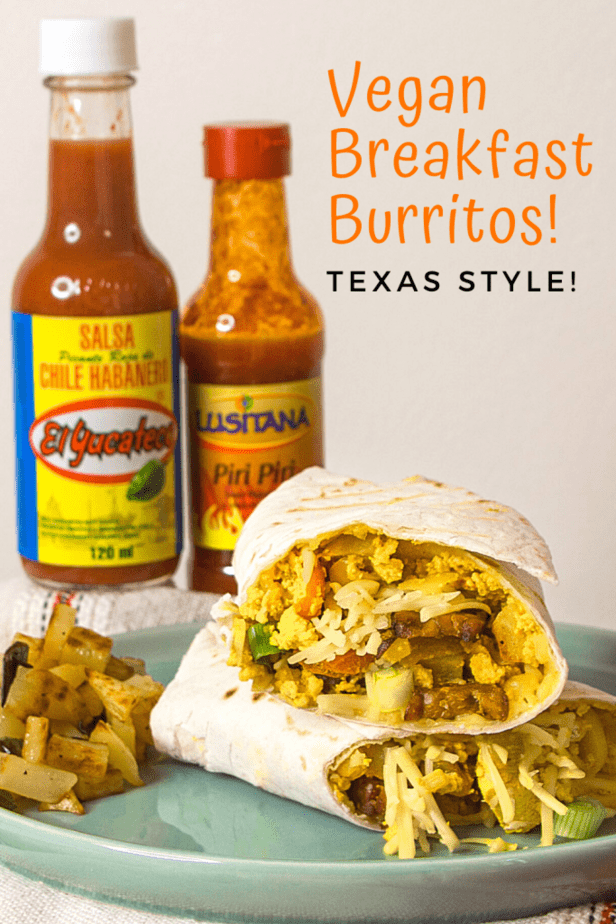 I’m not vegan but I make food for my vegan son. I used 2 potatoes, 3 green onion and a couple extra tomatoes as well as a tiny bit extra of the spices. I made 9 full burritos (one for me to try!) Delicious!!! Froze his. Hope they taste as good as mine!

Nice! Yes, that's why I love these breakfast burritos. You can bulk them up with different ingredients. More potatoes, maybe some sliced avocado, or different vegan cheese. They're awesome for that. I actually had one of these yesterday for breakfast/lunch. So tasty! Thanks for the comment!!