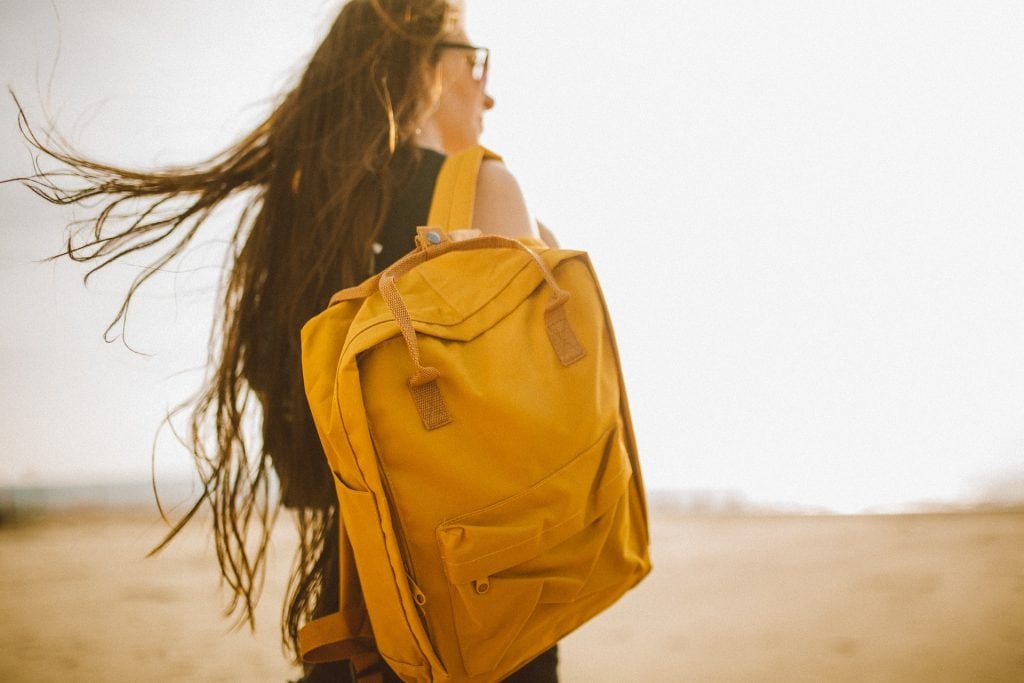 Today I hit the jackpot. I found a treasure trove of menstrual cups in Prague. I know, not really what you were expecting to hear but I’ve been looking for a shop that sells them for several months.

Why is this discovery exciting? Because I’ve seen the light. I’ve realized there is a better way to deal with my period. One that is better for the planet, better for bunnies…yes bunnies, cheaper, and much convenient, especially when I’m traveling.

By the way, if you want to learn more about what it means to be vegan and live a vegan lifestyle take a peek at my article on veganism.

Why I Initially Decided to Try Menstrual Cups 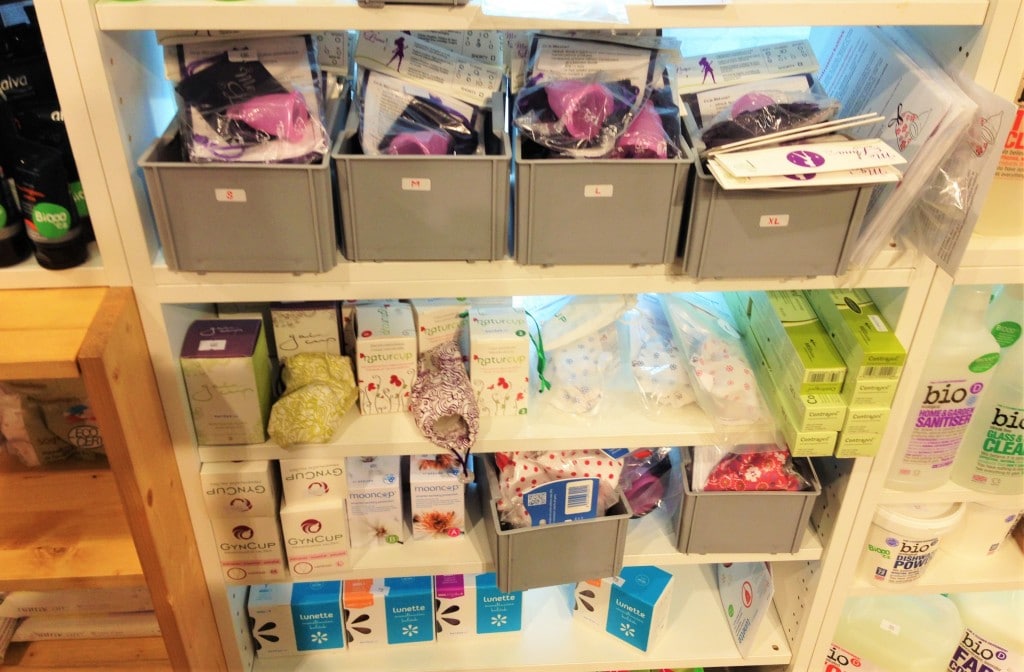 For the past four years I’ve traveled to over 20 different countries. One of the biggest surprises is that tampons are not readily available in most places in the world, and when they are, they usually come without applicators.

I was talking to a friend about my never ending global search for tampons when she recommended I give menstrual cups a try.

I was, to put it mildly, hesitant. I’ve been a loyal tampon user since I was sixteen years old. If you happen to know my age then you know that’s a long time. I’ve also read a few articles/horror stories from women who tried menstrual cups and had some pretty embarrassing experiences. Plus, I had a lot of questions like: How does it fit in there? How do I get it in? Dear god, how do I get it out? and How do you keep those things clean?

Anyway, one of the things my friend pointed out that really made me consider menstrual cups, was that tampons and pads are incredibly bad for the environment. In fact, the average woman throws away 250-300 pounds of menstruation products, including as many as 16,800 tampons, in her lifetime. It didn’t take me long to decide that I didn’t want anything to do with creating so much unnecessary waste, and I wanted to give menstrual cups a try. 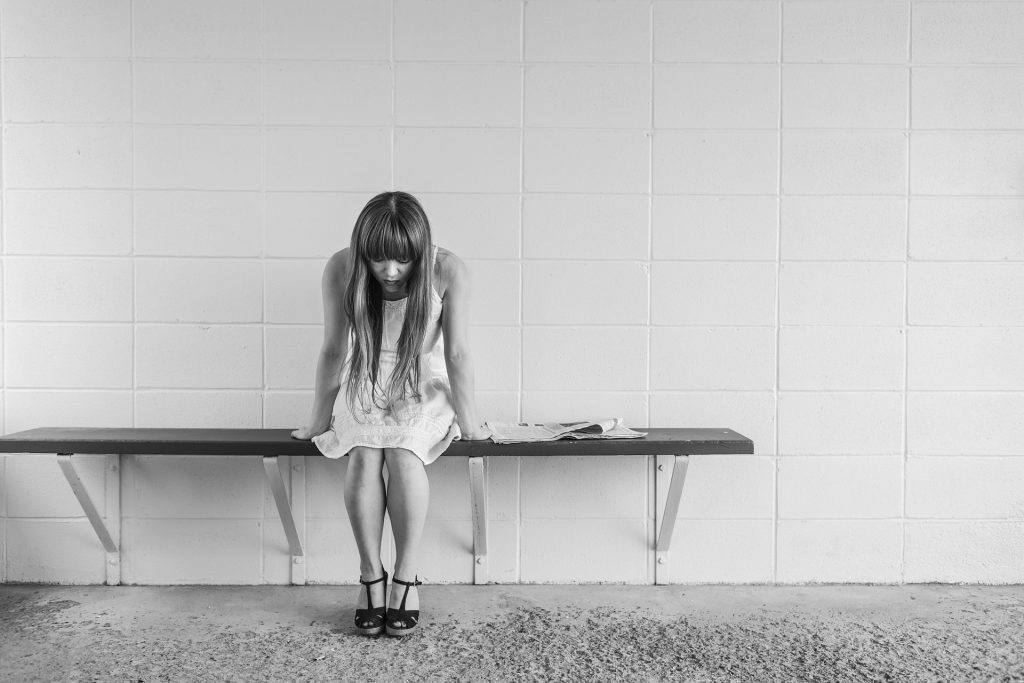 It turns out that finding menstrual cups in Prague, where I’m based, isn’t easy. After visiting several natural health stores, it seemed like they simply didn’t exist here. Eventually I found a Czech site that sold menstrual cups and promptly ordered the one suggested for my age and non-baby-having status.

For the first time in my life I looked forward to having my period so I could test out the menstrual cup. The day arrived and after a bit of wrangling I got the thing in place. Then I waited.

I thought I was in heaven. Aside from having a bit of difficulty inserting and removing it, the cup worked perfectly. It was even better than using tampons because I could leave it in for longer eh…periods of time, there was no waste, or uncomfortable string hanging outside my body. All of my hesitations about using menstrual cups seemed to have been totally unnecessary.

Of course, that didn’t last long. On day two, when my flow was stronger, the cup leaked.

I turned to the internet to try and figure what I had done wrong. There were so many reasons why it could be leaking I felt a little overwhelmed. It may not be inserted far enough in, it may be inserted too far in, it might not be open all the way, or perhaps it didn’t create a seal. Maybe my cervix were sitting inside the cup, or under the cup, or on top of it. Christ, who knew the cervix could move around so much!?!

Eventually I became overwhelmed. I headed to the drugstore and bought a box of tampons and a bar of chocolate.

I almost decided to give up on the idea of replacing tampons with a menstrual cup, but I discovered something shocking. Tampons aren’t vegan!

One night I came across a video titled “Are Tampons Vegan? Are they Safe?” by Bite Sized Vegan.

The video explains exactly why tampons aren’t vegan, and as a bonus also explains that tampons actually contain toxic ingredients. Disclaimer: the things they do to bunnies to “test” tampons is totally fucked up. Have a look if you want to be horrified every time you think about inserting those things inside your body.

After watching the video I realized that I had to give menstrual cups another shot.

How I Won My Menstrual Cup Fight 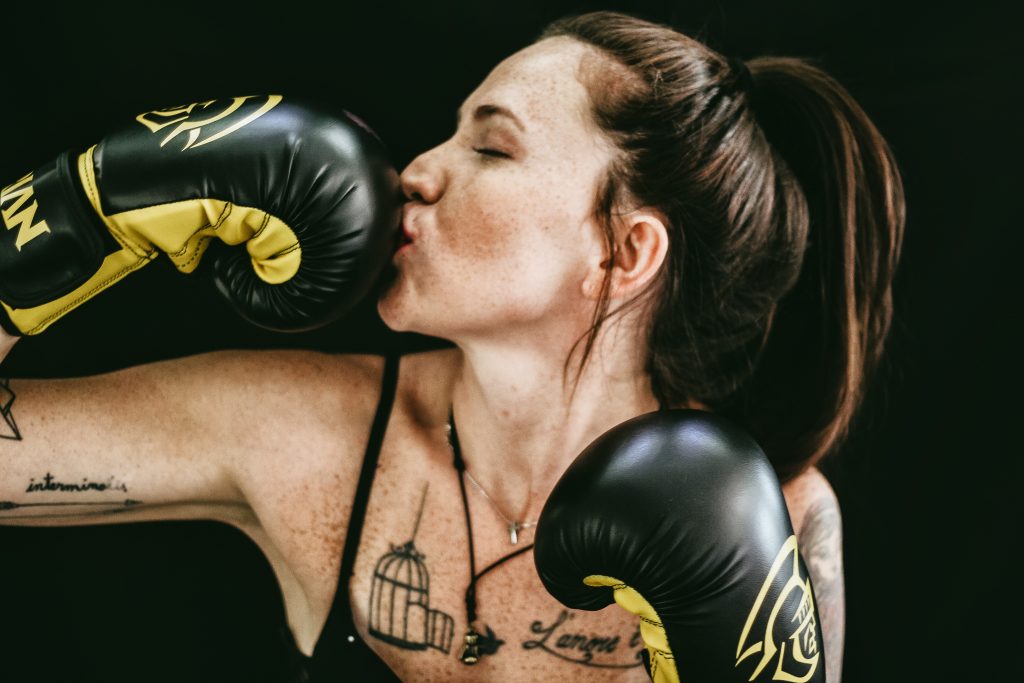 During my original two day experiment with my menstrual cup, I learned a few things. One – my cervix can be a real jerk and likes to move around, get in the way, or hide from me. Two – the cup I had was too big (or that’s what I thought anyway).

I decided to buy a smaller cup. In fact I bought the smallest one on the market. It’s made by LadyCup and comes in a bunch of pretty colors. It was one of the best purchases I’ve ever made. 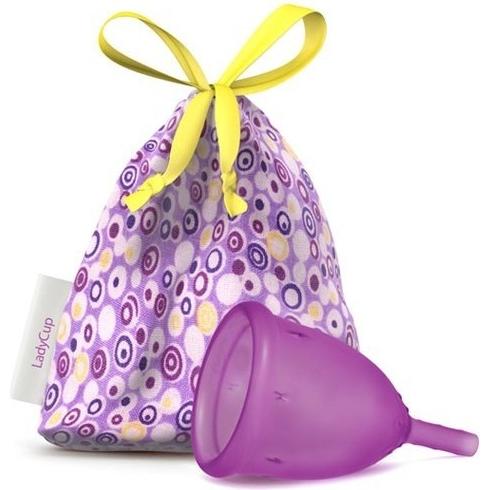 I’ve been using menstrual cups now for two years and I’ve learned a lot. For example, “bigger isn’t always better”. At least for me…sometimes. Some days I need a bigger menstrual cup and some days I need a smaller one. It all depends on my flow, and where my cervix has decided to hangout on that particular day.

I also learned that it’s important to make sure my menstrual cup is completely open and has formed a seal. It’s also a really good idea to cut off the stem if you don’t want it to poke you when you’re going about your day (trust me that is not a pleasant feeling). I even know that some find that menstrual cups work better for them if they turn it inside out before inserting it. I tried it once and it’s a good trick if yours is leaking because you can’t get it to form a seal.

I’ve also learned so much about my body, specifically my vagina and what comes out of it. For example, I now know what my cervix feels like, that I really don’t lose that much blood during my period, and that the texture, color, and consistency of said blood changes from day to day. I think it’s all quite interesting but I’m sure there are many women that aren’t as keen to make these discoveries as I was. However, I really don’t think there is any reason why we should’t be knowledgable about our bodies and our cycle. Especially, when we have to deal with having our period every single month during our reproductive years.

Finally, the biggest thing I learned is that there is a much better way to deal with your period. One that is better for the environment, kinder to animals, and cheaper, more convenient, and more healthy for me. I’m really happy I stuck with it, and hope you’ll give menstrual cups a try (or two) too.

Where to Get a Menstrual Cup

You can find a wide variety of menstrual cups on Amazon, in natural health and bios shops, or in some drug stores.

Have you tried menstrual cups? Do you have a question about them? Leave a comment below. 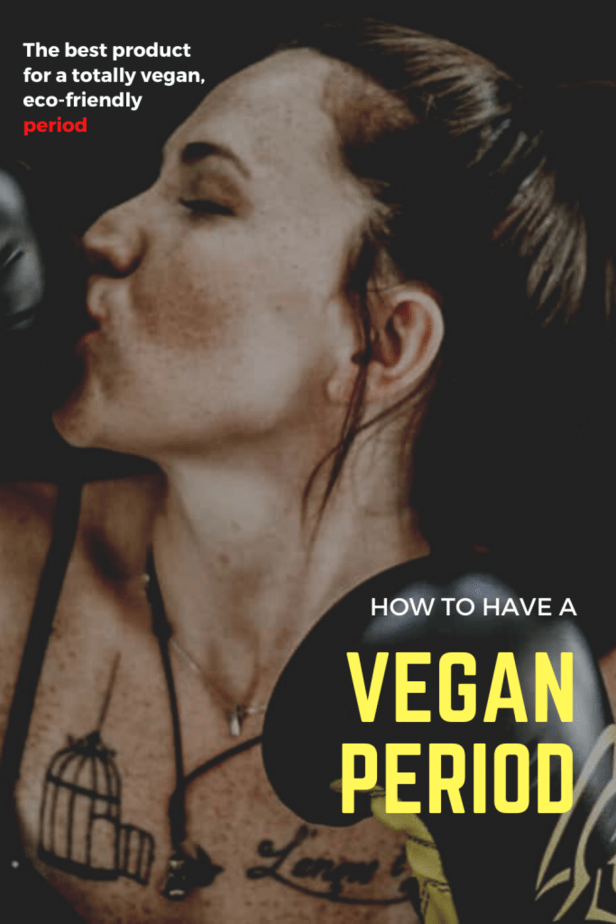 Disclaimer – Just so you know there are a few affiliate links in this article in case you want to order a product mentioned from Amazon. We receive a small commission for any sales made, without any additional cost to you, our dear reader.

Hi. Can you please let us know where in Prague did you find these? What store (or stores?) Thanks!

Hi Vic, I got mine at BIOOO (Náměstí Republiky 8a, 110 00 Prague 1, in a shopping center across from Palladium). They have loads of different options in various sizes and also reusable cloth pads. Some of the DM shops also carry menstrual cups now but they have less of a variety. Good luck!

I'm such a convert since I started travelling!! I use the Mooncup brand, and wouldn't be without it now, not only because its so much more convenient than tampons when travelling in India and Asia, but I've also discovered what The Bite Size vegan shares in her video above too, that tampons aren't good for health and full of toxic chemicals! I just wish I'd known about them sooner!

I really really want to give them a go but I have an IUD and they're reported to be a bit tricky to use with a menstrual cup as the suction can sometimes dislodge the IUD if you're not super careful! =( Though lately the IUD is trying to make an escape anyway, so maybe it'll be to the cup after all!

Oh my gosh. I was so excited when I found out about menstrual cups -- a decision that I'd always needed to make but that was pushed by the tampon tax in the UK. I've got a mooncup and think it's awesome. They only have 2 sizes, A and B, with a really clear guide on the box so that you don't end up with the wrong size. Found it a bit of a fiddle the first couple of times but once I'd got the hang of it; it's a life-changer. Glad that your's also worked out in the end!!

Yes, I totally agree. They're a life changing discovery. :)

Awesome! Which one do you have?