So I’m cranky. I’ll admit it. I’m usually pretty chill and aim to bust all those vegan stereotypes floating around. I want to prove to people that we’re not all annoying militant vegan assholes.

In fact, I don’t know any annoying militant asshole vegans. So, I think we get a bad rap. One vegan goes overboard and attacks a politician or celebrity out of the blue to try and get the message out and suddenly we’re all jerks. That really bothers me.

However, there are some things I really don’t like about being vegan. Things I constantly hear from non-vegans. Vegan stereotypes and misconceptions that, after years of hearing them, make me a little bitchy sometimes.

Here’s my Rant on Vegan Stereotypes (Just Don’t Call Me a Militant Vegan After Reading It, Please) 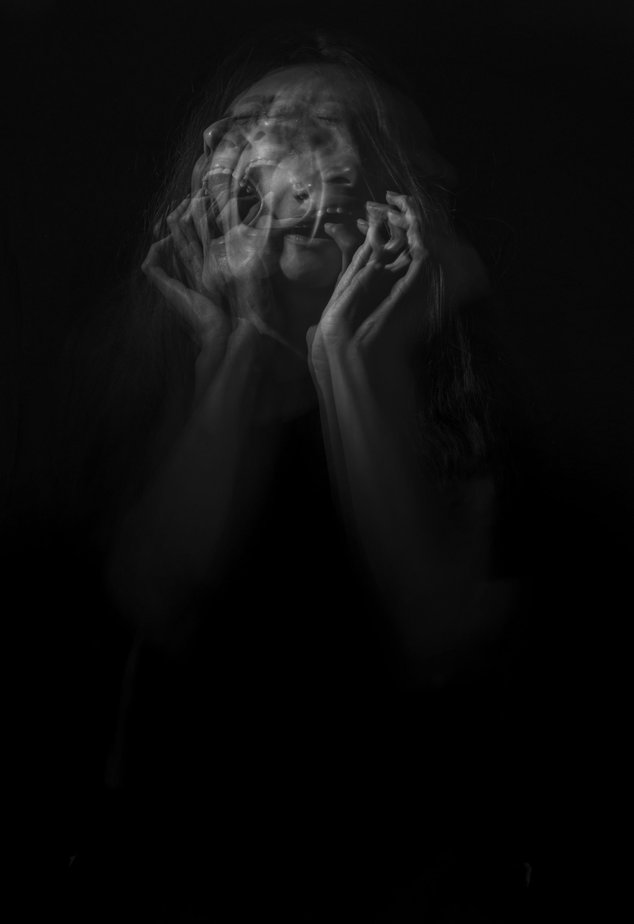 If you actually want to know what veganism is then check out my very thorough article on the topic.

Why Do Vegans Insist on Making Vegan Versions of Everything? Why Do You Want to Ruin Hamburgers? 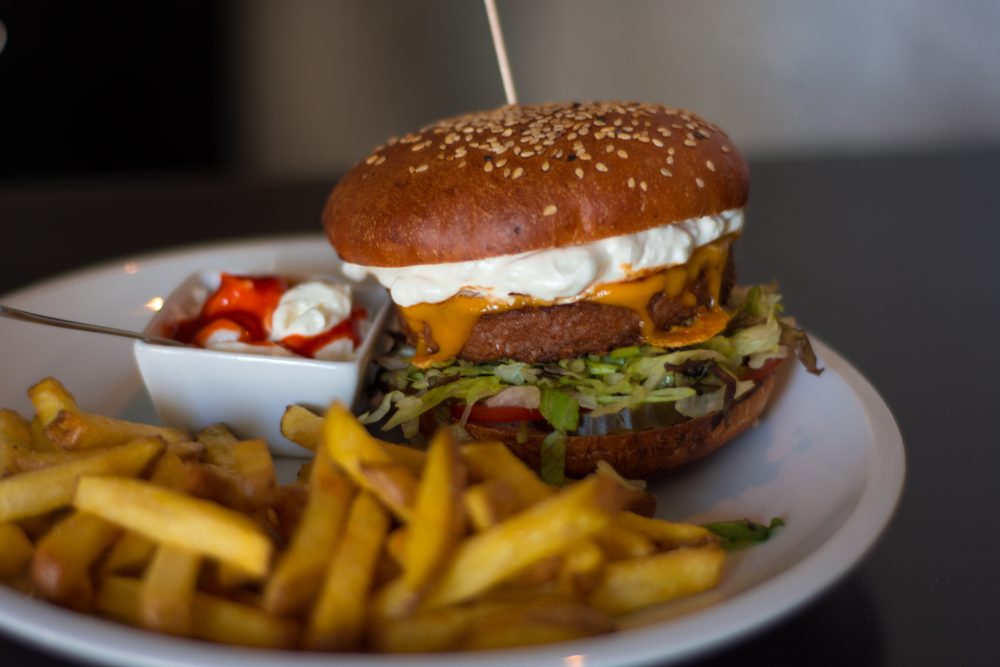 Let’s be honest. Most of us did not go vegan because we don’t like the way meat tastes. We simply do not like the fact that meat comes from slaughtered animals.

I was raised on meat, in Texas. I went to culinary school because I loved food so much. I’ve eaten my fair share. It was not exactly easy for me to give up because I was essentially addicted to its flavors and textures.

So the development of products like the Beyond Burger makes me incredibly happy.

Plus, I have heard from plenty of non-vegans that they really like these products too. So if they’re around, and vegans and non-vegans eat them then less animals die for our personal pleasure. Win win.

Do You Eat Bread?

Is Mark Ruffalo’s hair perfect? The answer to both of these questions is – ABSOLUTELY.

Bread is awesome. Much of it is vegan. So as long as it doesn’t have animal products in it, I’ll happily devour it (just like I would Mark Ruffalo’s hair if he let me).

We Have a Gluten-Free Option on the Menu

Really? I have a white birthmark on my stomach…since we’re sharing irrelevant info.

Gluten free food has nothing to do with veganism. Yes, some vegans also happen to be gluten-free. It’s not because they morally oppose eating gluten. It’s because they can not eat it without experiencing health issues.

I worship at the house of seitan so gluten-free food is irrelevant to me, but thanks for the info buddy.

We Have a Salad on the Menu – Vegan Stereotypes 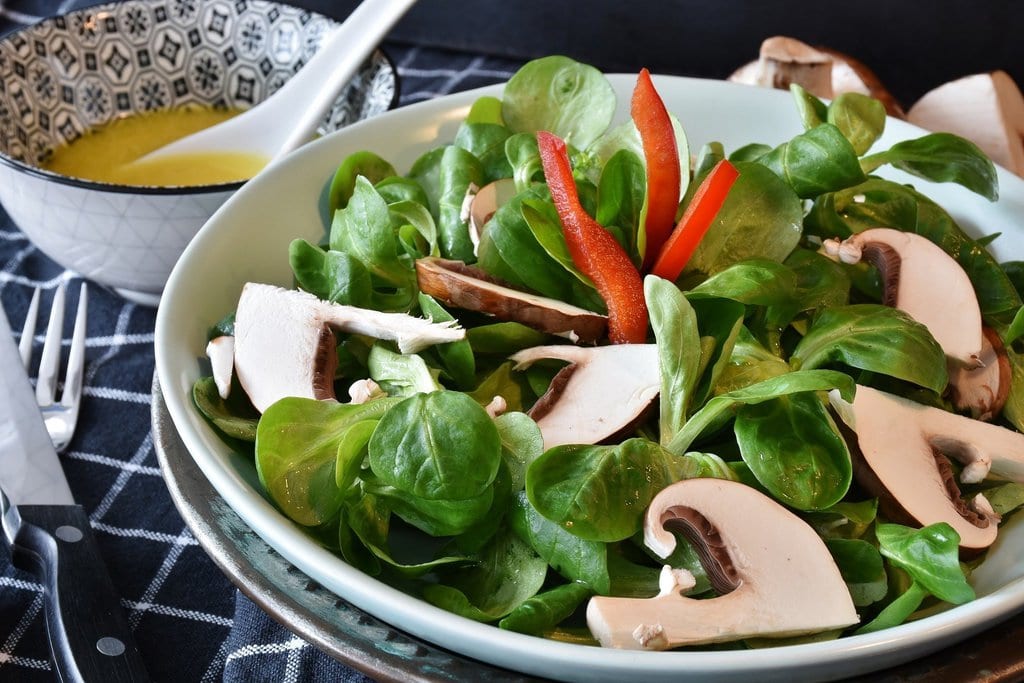 Awesome. I’ll have the french fries and a side of asparagus please.

There are a lot of vegan stereotypes but this one has really got to go. We don’t just eat salad for crying out loud!

Look, unless you have a salad loaded with interesting things like almond crusted tofu, hazelnuts, vegan cashew cheese, and grilled mushrooms I’m not interested.

Okay, I Get Not Eating Meat, But What’s Wrong With Milk & Eggs?

How about this? And this? (Warning those videos are extremely graphic).

In just a few words – male baby chics are ground up live simply because they can not produce eggs and have no value for egg farms.

Dairy cows are forcibly impregnated so they produce milk. Their babies are taken from them at birth and usually slaughtered, and they are milked for every drop they have so we can consume it.

So, I don’t eat milk and eggs because it still contributes to the death and suffering of animals.

Plus, I have no right to take what is not mine. Chickens and cows don’t produce eggs and milk for me. Why should I steal it from them?

Veganism Just Isn’t for me. I was Raised in XYZ and My Family Eats a Lot of Meat, So I Grew Up On It!

Dude. I was raised in Texas and Louisiana. I grew up on sausage, steak, seafood, and fried chicken. That stuff was literally coursing through my veins for over 30 years.

I get it. It’s a huge lifestyle change. It isn’t exactly easy. But if you do want to go vegan, you can. I’m living proof.

Can You Eat This?

I can eat anything I want to. However, I choose to only eat things made from plants.

Why Can’t You Just Eat Honey? 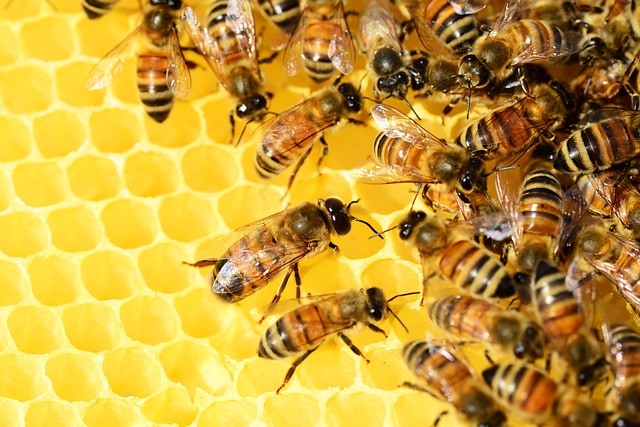 Why can’t I drink from that woman’s breast postpartum? Cause it’s not for me. She didn’t make that milk for my pleasure, she made it for her child.

I respect bees. They’re incredible creatures and acknowledge the fact that what they produce isn’t mine for the taking. They make the honey, they should get to keep it.

I Don’t Like Vegan Food. I Had a Vegan Burger Once and It Was Gross!

Guess what, I had a hamburger once and it was nasty. The beef patty was rock hard, the bread fell apart, the lettuce was soggy, and it was drowning in mayo. So hamburgers are gross and there is nothing you can do to convince me otherwise.

If I said that to you, you’d roll your eyes too and decide I was a major twat, right? Good. Now you know how I feel every time someone says that to me about vegan food. Just because you had a vegan burger one time and it sucked doesn’t mean vegan food sucks.

I appreciate your enthusiasm and and super happy you are openminded, but what? You’ve never had a carrot? Come on. Vegan food is everywhere and we all eat it all the time.

So you never get tired? Really? That’s amazing.

By the way, back when I ate meat I often tested as iron deficient. All my levels are totally normal now that I’m vegan. Additionally, all my bloodwork has been excellent since going vegan. So please, chill with the whole blaming every ailment on veganism.

This one is for the vegans. I’ve read it so many times in vegan Facebook groups. “I’m not traveling to XYZ because of [insert: animal abuse].”

Let me ask you a question – where do you live and/or travel to that doesn’t have a horrendous meat or dairy industry? I’d love to know what country is totally vegan so I can move there.

This is total hypocrisy. Yes, the Dog Meat Festival is horrendous, and protesting it is noble. But factory farming, or any type of farming that results in the slaughter of animals, is equally horrendous. It’s no reason to not travel to a country.

That said, you do you. Just don’t try to tell me I shouldn’t travel to a country because of one example of animal slaughter when literally every country on earth is doing it.

Additionally, traveling to Asia really opened my eyes to the way animals are treated. This resulted in me finally going vegan.

I’m not sure how long it would have taken me to do it if I had stayed in the United States where such things are hidden away and lied about by ever farmer and marketing agency creating those happy cow pictures on milk cartons.

Are You Vegan? What Did I Miss?

Okay, I feel better now. Thanks for letting me rant.

What did I miss? What have you heard a million times about veganism that drives you bonkers? Leave a comment below! 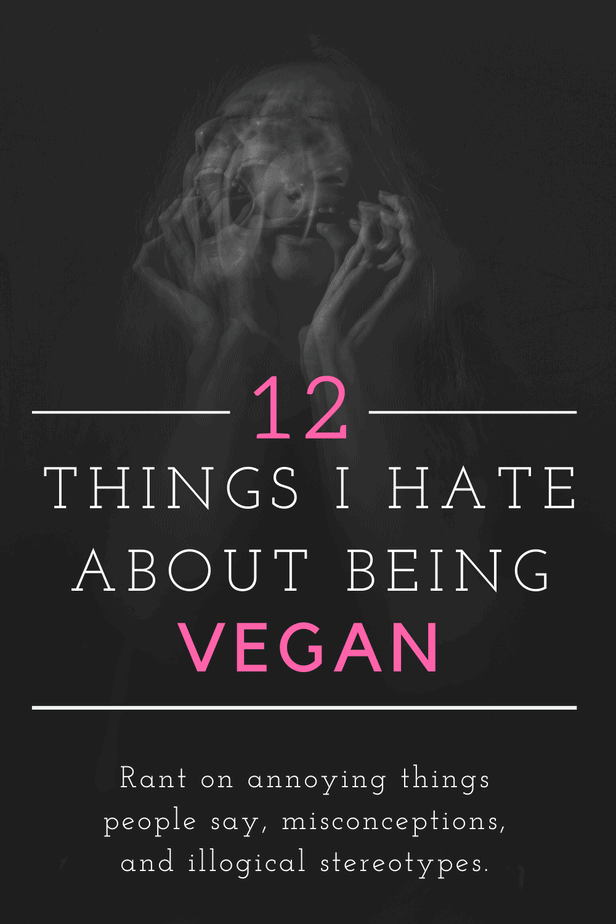 Ahh this was a breath of fresh air. As a vegan you summed it all up perfectly.

@Sophie, Thank you! Sometimes it feels good to rant! :D Happy you enjoyed it!