Looking for amazing vegan restaurants in Sydney? We’ve got just the list for ya!

Sydney is also the fourth most vegan-friendly city in the world, only a skerrick behind its Aussie rival Melbourne.

Vegan Sydneysiders have just as many vegan-friendly choices compared to Melburnians. The competitive rivalry between these two cities will only promise an increase in vegan options for years to come.

There is absolutely no shortage of amazing vegan restaurants in Sydney!

Vegan Restaurants in Sydney – Where to Go 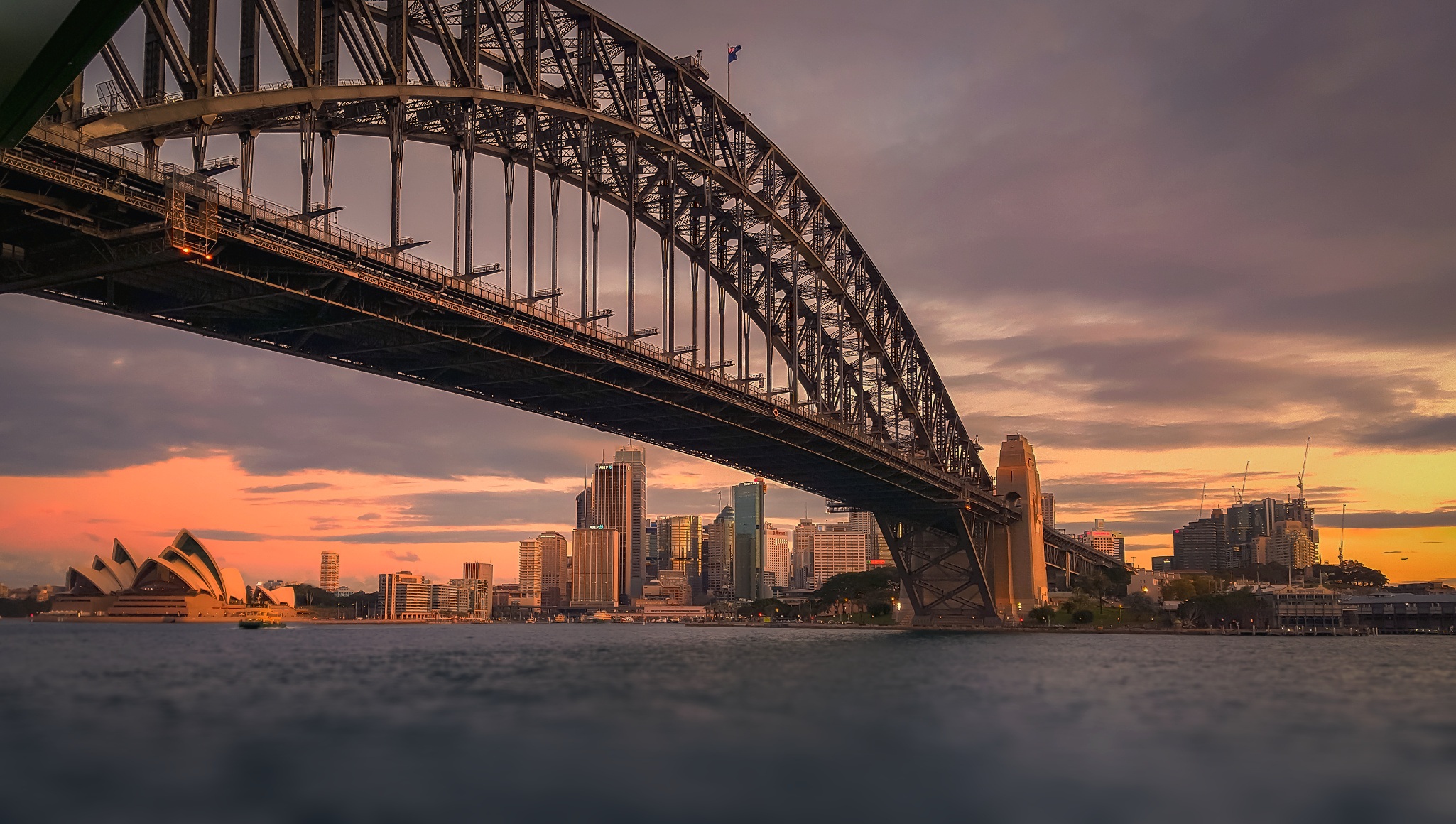 So, where should you go? What are the best vegan restaurants in Sydney to try? The possibilities are (almost) endless across all meals, but let’s discover a mouth-watering selection of restaurants here.

These top spots will give you the best taste to Sydney’s high-vibe vegan restaurant scene. Furthermore, the list may be small but the best vegan restaurants in Sydney mean quality – over quantity – is ensured!

Bodhi is an award-winning vegan restaurant in Sydney, and they’ve been established since 1988.

Because of its long standing in Sydney, Bodhi has orchestrated a fine dining experience that you can enjoy either outdoors or indoors. The gorgeous garden surrounds only accentuate Bodhi’s philosophy of creating food with no harm.

One of Bodhi’s specialties is vegan yum cha for lunch, though its à la carte dinner menu proves to be one of the best in Sydney.

Bodhi’s Pan-Asian cuisine is served best by sharing between friends.

Must Try: Crispy Silken Tofu with a side of broccolini dressed in black sesame seed dressing, goji berries and enoki

Sydney’s best vegan restaurants are famous for embracing a range of cuisines. Case in point is Calle Rey, which is a Mexican cantina and bar. Here, you’ll find tasty Mexican fusion cuisine fused with Peruvian flavors.

Calle Rey thrives on pushing boundaries when it comes to seasonal plant-based cuisine and you’ll drool over the tastes. Achieve this by choosing either a la carte or the set menu tasting option then partner your meals with a drink from the Pisco-based cocktail menu.

All dishes are also gluten free and nut free.

Must Try: The set tasting menu for the full seasonal Calle Rey experience 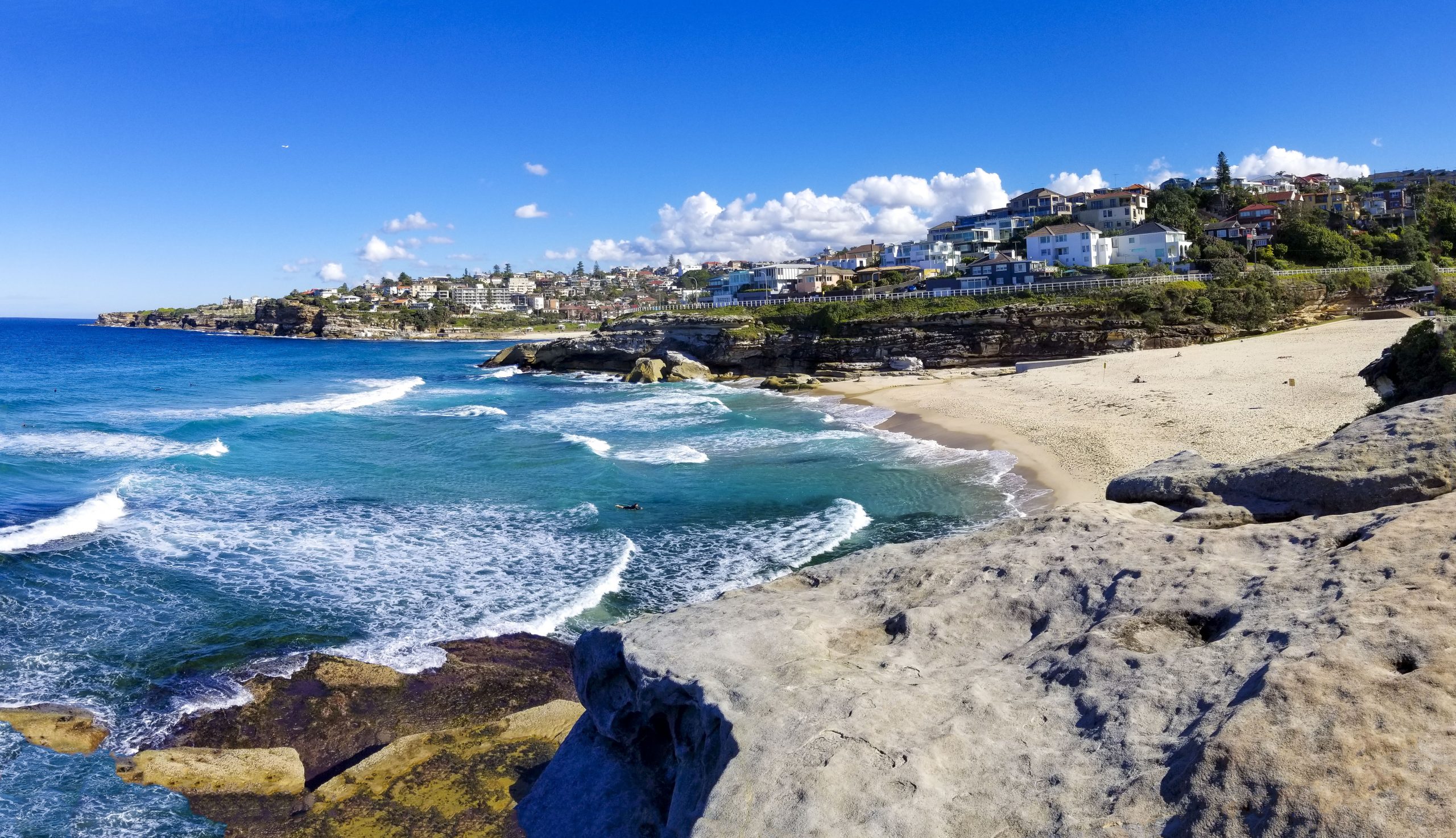 Eden near Bondi Beach is where friends and plants meet.

Simon Hill, the host of the Plantproof podcast has opened this vegan hotspot where you can discover the power of plants.

In addition, Eden is a place where like-minded people can come together to enjoy good times.

Since its opening, Eden is proving its popularity as one of Sydney’s best vegan restaurants. Therefore, advance bookings are essential.

Once you arrive, there’s myriad of choice from salad bowls, to casual mains and pizzas. Eden’s set menu applies for bookings of eight or more per table.

Gigi Pizzeria is where some of the best Sydney vegan food and a traditional Italian pizzeria collide.

Gigi is simply the place to go if you need to try one of the best vegan restaurants in Sydney. Gigi is an all-vegan pizzeria where you can eat traditional Italian favorites without any animal-based ingredients.

You’ll find fresh flavors reminiscent of Naples; only traditional Neapolitan wood-fired pizza is made. As well, you’ll be delighted by this traditional art-form of making pizza while you struggle to choose between antipasti or insalate (salad) sides.

If anything, just make sure you leave room for dessert.

Must Try: Regina tomato pizza with a side of Panelle chickpea antipasti and a Rucol mele e cannella salad then chocolate custard Cannoli for dessert.

When it comes to best vegan restaurants in Sydney Golden Lotus is another favorite. Also found on ‘Eat Street’, this is a 100% vegan kitchen that specializes in authentic Vietnamese cuisine.

Vietnamese is a favorite cuisine among many Aussies, and veganized Vietnamese made here originates from Saigon.

At Golden Lotus, you’ll discover healthy food, locally-sourced fresh ingredients and a great dining atmosphere. Their motto is ‘peace begins on your plate’ and Golden Lotus is the perfect place to start.

There are now three locations across town where you’ll find the power of plants in each dish. All dishes are also powered by superfoods and there’s a vast array of meals to try from soups and stews to salads, desserts and even breakfast options.

You’re sure to feel lively after a visit to Iku, with the vitality to live a go. This is – loosely – what the Japanese term ‘iku’ means.

Must Try: Bean or Casserole with brown rice and tahini

Kindness Café is another one of the best vegan restaurants in Sydney where there’s kindness in each bite.

The café’s founder is Dee Kittimorakul who loves to share her passion for vegan food with everyone who visits. Dee and her family love serving vegan Thai food because she can practice the lifestyle she values. Thai is another favorite cuisine for vegan

Aussies and Kindness Café’s sauces and curries are all homemade. Those who need gluten-free sauces will also be satisfied.

Must Try: Cashew Nut Stir Fry and Red Curry with Geen Apple Salad and lots of roti and rice

Sydneysiders love a good ramen, and if you’re vegan you won’t miss out.

However, what is so lonely about it? Well, nothing actually. The Japanese word for ‘lonely mouth’ is kuchisabishii which basically translates to the longing for putting something in your mouth. There’s so much ramen to stuff your face with here, including options with vegan egg your mouth will never feel lonely!

Choose from their daily ramen selections on the chalkboard.

If you need the best vegan burgers in Sydney, then visit Soul Burger.

So, are they the best? According to PETA they are. In 2016, Soul Burger won PETA’s Best Vegan Burger in Australia Award only one year after they opened.

Soul Burger is located across three spots in Sydney where you can tuck into ‘real burgers with real meat built from real plants’.

You’ll also be pleased you did because Soul Burger actively reduces their plastic use, recycles their cooking oil and partners with a 100% carbon neutral power company.

Additionally, there are some moreish creations to choose from, such as Chilli ‘Duck’ to BBQ ‘Beef’ Brisket and Southern Fried ‘Chicken’.

Apparently, you’ll be wrong for thinking Vandal is Mexican. Rather, it pays homage to the Latino food trucks of L.A. This is where you’ll find ‘magical fun food’ that’s infused by freshness, spices and rich flavors.

Furthermore, the food at Vandal is recommended to be eaten from one hand while swilling a margarita from the other. The name came about because some people think the founders have ‘vandalized Mexican food’, though this is an example of vegan food saying ‘f*ck them’.

Get ready to get rebellious when you head to Vandal, and choose a stack of staring plates alongside cocktails with scandalous names. Beer and wine are also aplenty, just in case cocktails aren’t your style.

Vina Vegan is so local that it doesn’t even have a working website. Well, they actually have a Facebook page if you want to see what they do. And what they do is very fine vegan Vietnamese food.

Vina Vegan is another local family-run hotspot in Newtown and worthy of a listing on Sydney’s best vegan restaurants list. Some have even touted Vina’s food as the best Vietnamese food they’ve ever eaten.

Moreover, there are gluten-free options which can get tricky at times when some Asian cuisines are concerned. Generous serves and copious amounts of friendly customer service make Vina Vegan a worthy vegan food restaurant to experience.

Must Try: Peking Not Duck Rolls or Vietnamese Pancake served with fresh mint and dipping sauce

The menu is designed to share and you can choose from the wide range of local beers and wines. Sizes are straight-forward: you choose the size of plates depending on how hungry you are (small, medium or large).

You can even choose a banquet if you can’t make a decision.

It’s best to order a bit of a few things so you can embrace the types of cuisines served here.