There are a lot of great movies on veganism that have been made in the past 20 years. In fact, one such vegan documentary might be the most watched in history!

Film is a powerful medium. A good movie can move people in ways that other forms of art might not be able to. These particular movies on veganism help us in the fight for animal rights advocacy. They help us explain the power of plant based diets. And they open people’s eyes to the cruelty of the meat industry.

We have put together a list of essential movies and documentaries on veganism. Films that we watched and loved, movies that helped mold our views and beliefs. However, not every movie on this list is strictly about veganism or a plant based diet, but we think all of them relate to it in one way or another.

Let us know which movies made a powerful impact on you. And tell us if we missed any great movies on veganism, via comments or Twitter!

What is the link between the trillion dollar meat industry and the growing ecological disaster that we face? What is the connection between cultivating cows for slaughter and carbon emissions, water shortages, deforestation, and climate change in general? Cowspiracy asks and answers these questions.

So, this powerful film is one of the first that we suggest people watch whenever we are asked to recommend a good documentary on the role animal cruelty plays on our looming ecological cataclysm.

Is your food slowly killing you?

Documentary filmmaker Robert Kenner answers that question with this piercing investigation into corporate food production, distribution, and consumption. And boy, are the answers damning.

This is a great movie to show anyone who you think needs to become far more educated on the topic of where their food comes from. It’s a great examination into how corporate interests and money lead to rampant animal abuse, and cruelty. And how those same interests give not a whit to whether their food is making people sick.

Narrated by Joaquin Phoenix, with music by Moby, Earthlings is an incredibly graphic but also incredibly informative documentary. Depicting human reliance on animals and animal products, both psychologically and economically. Earthlings illustrates the domination of humankind over other life on our little planet, in a very vivid fashion.

If you aren’t highly disturbed by the end of this film you might be a robot. Or a lizard person. Or both…

This one is not for the squeamish. I personally could not finish the film due to its graphic footage. That said, I still watched enough to understand that the film has a powerful message.

Focusing on health and diet, this movie was one of my initial inspirations for going vegan. Forks Over Knives helped to open my eyes to the health benefits of plant based diets.

This documentary follows a few Americans with chronic illnesses as they learn how to reduce their dependence on the pharmaceutical industry and implement a plant based vegan diet. Yes, stirring in many ways, inspiring in others. Forks Over Knives is a quintessential movie on veganism that we recommend to many of my non-vegan friends.

How do you go from an animal rights activist to being labeled a domestic terrorist? The short answer is simple. You go up against huge corporations with seemingly limitless spending and lobbying power.

The Animal People depicts the plight of several animal rights activist who suddenly found themselves at odds with powerful institutions within the USA, including the FBI. This chilling documentary should be eye opening for anyone who doubts the power of lobbyist parasites who have attached themselves to the inner workings of our government.

Vegucated is an amusing and educational journey into the lives of three everyday meat lovers. Follow along to see if they transition for good…or if the pressures of our modern meat eating society overcome. What lessons are learned? Whose diet will change for good? There’s only one real way to find out. So, watch this one with a friend that’s on the fence, and see what happens.

How can animals change your life, and your views on life?

Peaceable Kingdom is essentially a story of love, empathy, and personal growth. This documentary explores a crisis of conscience experienced by several farmers who start questioning their way of life, and their relationships with the animals they exploit.

In Dominion the very worst of human cruelty towards animals is on full display. This documentary exposes the brutality of animal agriculture using drones and hidden cameras, giving us an intimate peek at the horrors found within.

It’s a hard movie to watch, but if you ask me everyone should see this one. Horrifying, tear inducing, and ultimately eye opening this movie is much like Upton’s Sinclair’s The Jungle. So, watch it if you really want to know what’s going on!

Live and Let Live follows six people who have switched to veganism. Former butchers and slaughter house workers share their stories and experiences, and how they shaped their transition from meat eaters to plant based vegan diets.

This documentary examines the history of veganism and takes a close look at the emotional, nutritional, and ethical reasons that drive people to change their approach to animal consumption.

If you are curious how fast food became such a massive industry in America, and subsequently the rest of the world, you need to watch this movie. Insightful and often humorous, Fast Food Nation lays out the history of fast food, and then explains its impact on health and culture. Based on a book by investigative journalist Eric Schlosser, this film is a deep dive into a staple of the American diet.

Fast Food Nation isn’t necessarily a movie about veganism in and of itself, but the lessons you learn from this film can definitely be applied to eliminating meat and crappy food from your diet.

Is meat essential for a professional athlete? What about the typical human? Can anyone be healthy on a plant based diet? Even those of us who push ourselves to the physical limits?

The Game Changers asks these questions and more. Interviews abound with an array of professional athletes who have gone vegan and seen real results.

The Game Changers is a fascinating look into the power of a vegan diet. So, it’s a movie you should show all of your work out obsessed friends who think they need meat to train hard.

Why are humans seemingly incapable of getting along with each other, and with the planet we live on? Unity examines human history and takes a long hard look at our inability to coexist with our natural environment.

Unity isn’t exactly a movie about veganism, but the questions it poses sure do make the viewer wonder at their own passive violence against the world, and its inhabitants.

Okja is a charming fantasy film about a girl and her genetically enhanced “super pig”. Depicting the innocent and heart-warming love between child and animal this one will tug at your heart strings.

Again, this isn’t a movie promoted as a strictly vegan film. However, the storyline takes a sharp turn and morphs into one that focuses on just how morbid our food supply is. If you still want to eat a pig after watching it, you might want to re-examine your ability to feel empathy and compassion.

From the makers of Cowspiracy, What the Health examines the link between meat based diets and chronic disease. This film charts the connection between the meat and pharmaceutical industries and the cover up that is perpetrated against the consuming public.

This heart-warming movie showcases 15 animal rescue shelters across the USA, and how they have impacted the lives of the very very small percentage of animals who are rescued from slaughter houses.

So, if you need a healthy dose of hope when it comes to people trying to help animals that have been abused, watch Called to Rescue. 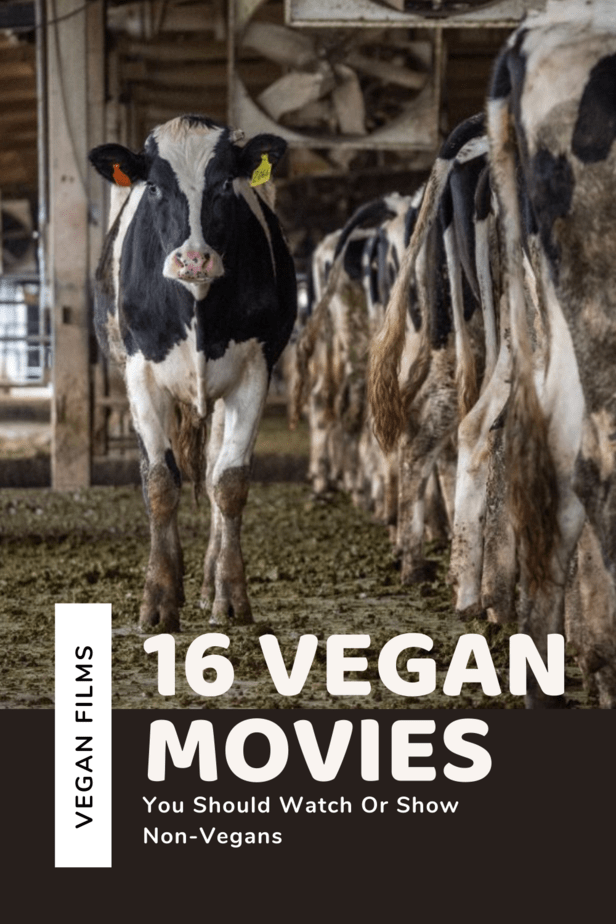