Looking for a vegan Los Angeles guide? These locals have got you covered!

If you’re a vegan and heading to Los Angeles in search of both sun and soy, you’re in luck. With all of the talk about up-and-coming vegan cities in the US, hello Portland and Austin, the city that has long held the title of Best Vegan Food in America continues to be the City of Angels.

As everyone knows we are a driving city (just don’t plan on getting anywhere too quickly) so we spaced out our favorite SoCal vegan establishments across Greater LA so a few will likely be within a short drive from wherever your Los Angeles jaunt takes you.

Heading to the beaches of Santa Monica? You’re covered. Seeing relatives in the San Fernando Valley? You’re in luck. You say you’re heading on a day trip to Palm Springs or San Diego?

Don’t worry, we’ll point you in the right direction for the best vegan food there as well.

So gas up the rental car, pull up your favorite map app and sample some Southern California vegan highlights that we highly recommend. 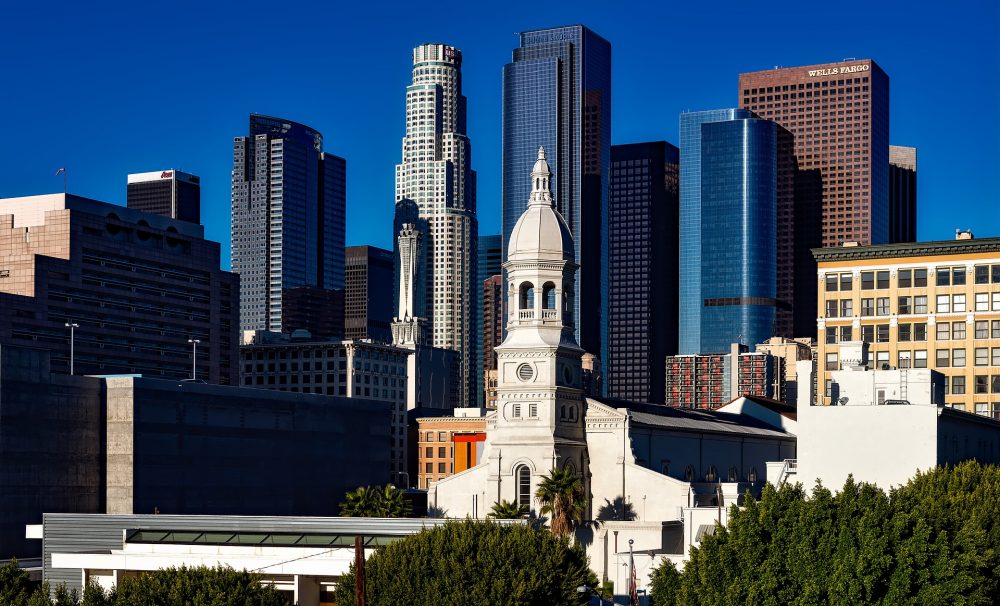 Yes, their two locations (one of which is a former Burker King) have the full fast food, sit down experience but they also feature a drive-thru lane in each.

It’s a unique and innovative approach to vegan grab-and-go. A must on any vegan Los Angeles list! 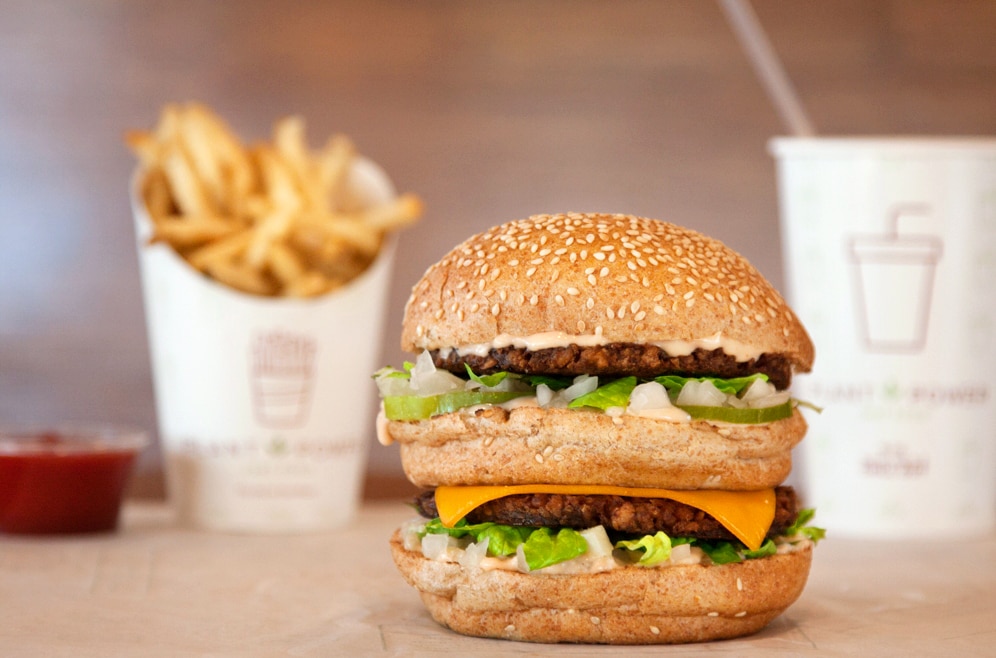 WE SUGGEST: Put the top down, blare some Beach Boys music, pick up a sinful Buffalo ’66 burger and people watch the surf crowd at Ocean Beach. 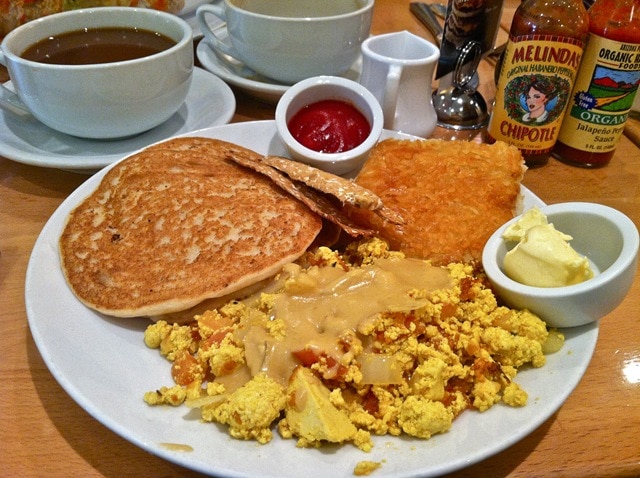 Just south of the Sunset Boulevard lies this bastion of organic veganism.

Real Food Daily opened in Los Angeles in 1993, what qualifies as The Dawn of Time for vegan restaurants, and has a vast array of vegan menu items such as Banh Mi and Real PB & J sandwiches, Mediterranean wraps, pancakes, tofu scramble, and Lasagna Napoletano.

No vegan Los Angeles guide is complete without this one!

WE SUGGEST: A let’s-sleep-late weekend brunch of Ava B’ N’ Cheese and French Toast then head up to Sunset for a walk down Hollywood’s historic boulevard before evening when it becomes, shall we say, a bit more colorful.

Silver Lake is certainly a mix of styles, from hip and trendy shops and restaurants to old LA classic holdovers. The residents of this area share the same attributes.

Flore Vegan reminds one of a mash-up of an old diner, a Haight-Ashbury tie-dye shop and a St. Vincent record release party. The menu includes such staples as B.T.L.A, Tempeh Reuben and various tofu scrambles.

WE SUGGEST: The Huevos Rancheros lead the list of recommended brunch items and Flore’s club sandwich is a dish you’ll hope you haven’t promised anyone else a bite of.

Au Lac is the perfect spot to hit before an event at the Disney Concert Hall or at LA Live/Staples Center. This Asian inspired vegan eatery is one of the oldest vegan restaurants in Greater LA and it remains one of the best.

WE SUGGEST: Ordering a round of small plates for the table. Don’t miss the Cheesy Noodles 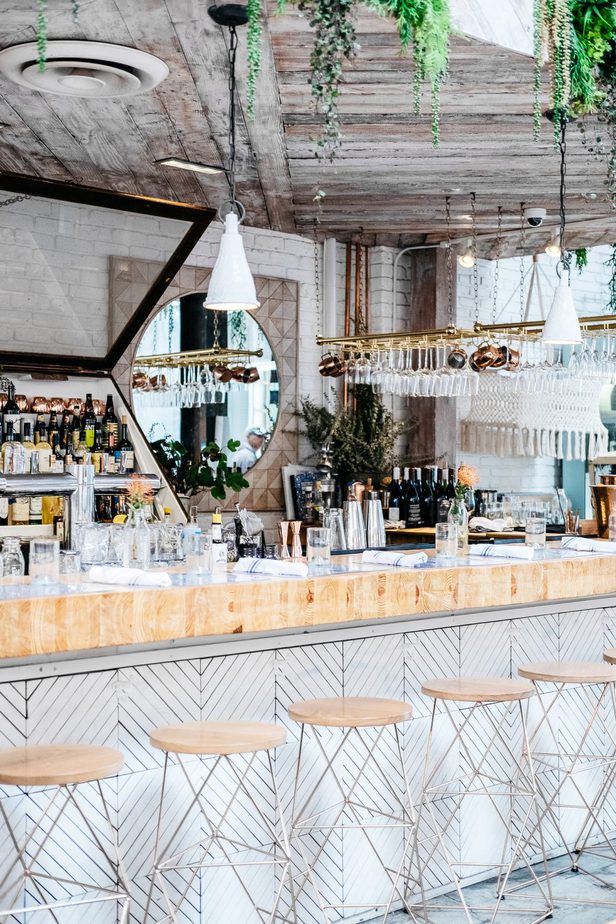 Butcher’s Daughter on Abbot Kinney by Jonathan Grado Under CC2.0

If you’ve never been to Venice before we’d suggest very quickly checking out the boardwalk and Muscle Beach (just so you can tell your friends back home you’ve been there) and scurrying over to the Abbot Kinney section of Venice.

It’s a long, crowded cornucopia of every imaginable shopping and culinary option known to man. Settled right in the middle of the street is Butcher’s Daughter, a vegan Los Angeles winner which features a hip brunch scene and a wide selection of vegan offerings.

WE SUGGEST: Sit at the bar facing the front and people watch to your heart’s content while munching on Spicy Kale Caesar (and don’t be put off that it’s spelled incorrectly on the menu) 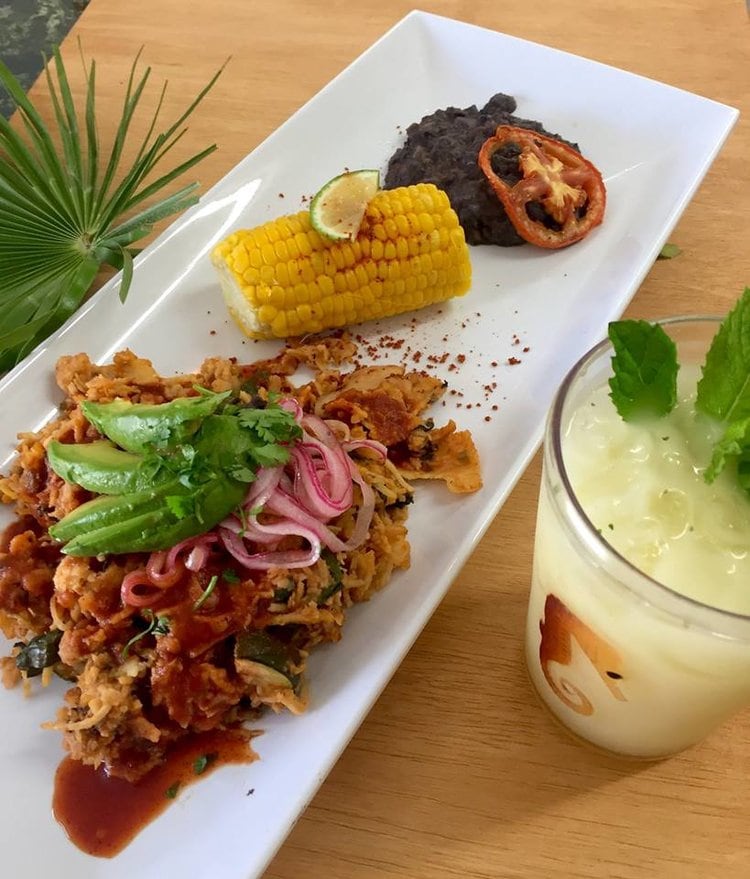 Chef Tanya Petrovna started Native Foods then sold to new owners, moved to Palm Springs and opened Chef Tanya’s Kitchen, a tiny, off-the-beaten-path, vegan outpost in Palm Springs. It’s mostly grab and go, although there is some counter space, and everyone walking in seem to be regulars, always a good sign.

WE SUGGEST: The El Cubano and Daily Grinder sandwiches are terrific as is Fleetwood’s Macaroni Salad

Call Crossroads Kitchen well in advance for a reservation at this celebrity hangout on Melrose Avenue. It isn’t cheap but if there was ever a vegan restaurant that could be labeled as elegant, this would be it, and you’d be hard pressed to find better food. By the way, the Impossible Burger can be had if you’re there early for lunch and jump through assorted other hoops.

WE SUGGEST: The Meatball Sub is amazing and the Chicken and Waffles are an enticing brunch staple.

As with many LA vegan restaurants Flower Child isn’t a purely vegan establishment but there are plenty of plant-based offerings from which to choose. Located on that other street in Santa Monica (2nd), the dishes are as vibrant and diverse as the surrounding Santa Monica clientele. You’re certain to feel like a Bohemian in no time.

WE SUGGEST: You really can’t go wrong with the Thai Cashew Quinoa Bowl 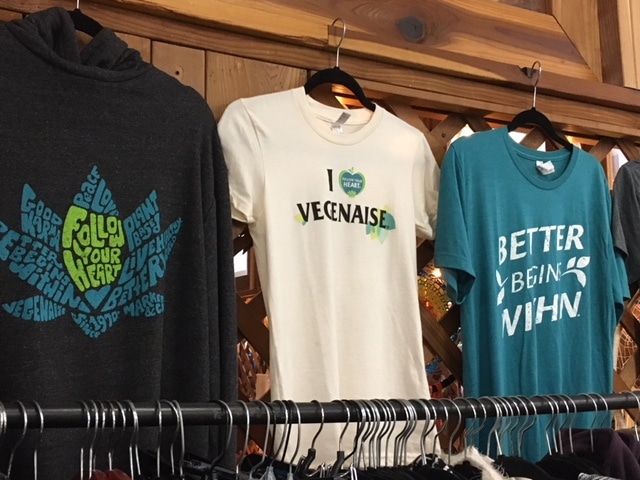 Yes, the same Follow Your Heart that makes delicious cheese also has a grocery store in a rather nondescript part of the San Fernando Valley. Tucked in the back of the store is a small eatery that features a wide array of vegetarian and vegan fare. The place has been around since the hippy days of 1970 and it retains a feeling that you might just pass by the incense section to find people chanting and sitting cross-legged on top of each other discussing Existential Dualism.

WE SUGGEST: How can something called The Love Plate not be amazing? C’mon now.

Meatless Mexican fare in a hip outdoor setting. Gracias Madre is another vegan Los Angeles must that requires pre-planning if you want to score a reservation on a busy weekend night.

Do you know any other vegan restaurants that also have an extensive tequila list? Neither do we.

WE SUGGEST: Order up some Enchiladas Verdes, pick a few of the featured tequilas and hope you can find the Lyft app on your phone at the end of the night

Normally when a celebrity attaches his or her name to a restaurant project that person has only minimal involvement but that certainly is not the case with Little Pine, the brainchild of Grammy winning musician, Moby.

He petitioned the local city council to bring his vegan idea to LA’s Silver Lake and is involved in every facet of the vegan restaurant. He was even having dinner there the last time we went. We mentioned that we loved the Count the Mobys game on the “Never Mind the Buzzcocks” British TV show. He had no idea what the heck we were talking about and thankfully did not call security. The food ranges from Mediterranean to woodsy comfort food and it’s all delicious.

Mendocino Farms is a high-end sandwich shop that has tons of vegan options and sides, all in a comfy, airy setting. There’s even a foosball table to test your table top soccer skills while waiting for your meal.

WE SUGGEST: Enlightened Falafel Wrap along with Avocado and Quinoa Salad while doing your best Lionel Messi impression on the foosball table.

In the ever-changing section of LA known as Echo Park sits a hip restaurant that features surprisingly good vegan pizza.

Mohawk Bend is known primarily for its craft beer selection, one of the best in LA. However, there are many vegan sandwich and burger options along with a wide array of vegan pizzas. It’s an awesome vegan Los Angeles option!

WE SUGGEST: Go both naughty and nice and order an Angry Vegan pizza along with the Ricotta Kale pie. 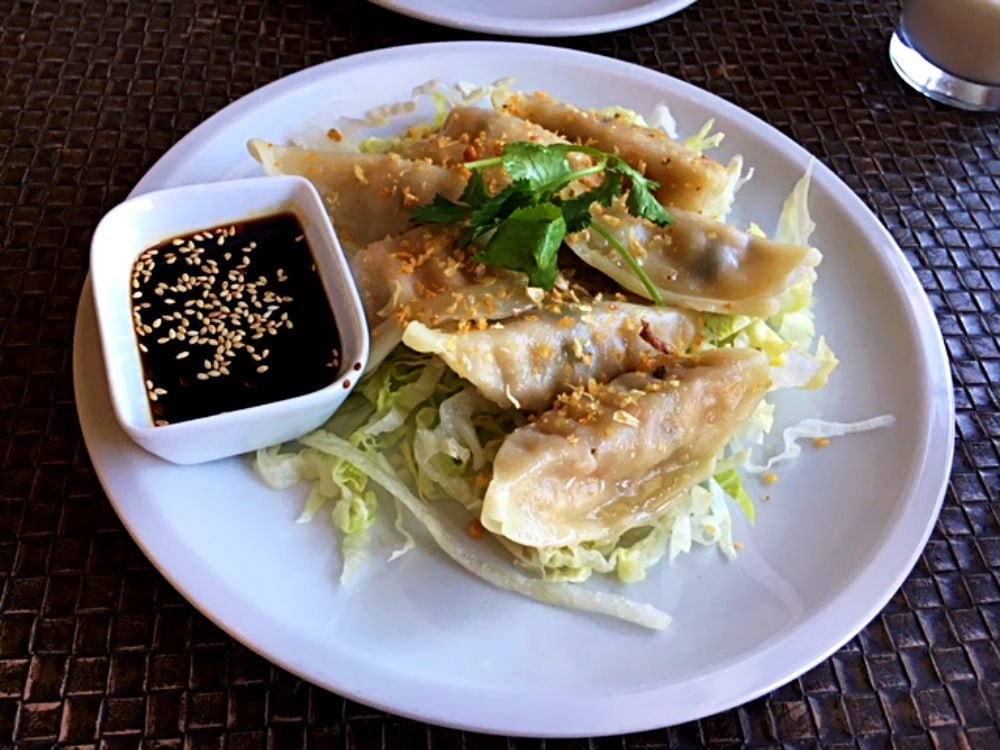 A new entry to the LA vegan community, this tiny Asian eatery offers an extensive menu of vegan dishes. Literally across the street from Universal Studios, Veggie House features a staggering assortment of Asian cuisine in a strictly no-frills atmosphere. The restaurant has half a dozen tables inside and one miniature, yet cozy, table out on what passes for a patio.

WE SUGGEST: Pick up your Sweet and Sour Tofu and orders of the Tofu Satay and pot stickers to go and head for a picnic at the nearby Hollywood Bowl or Greek Theatre for an always enjoyable evening under the stars, no matter who’s performing. 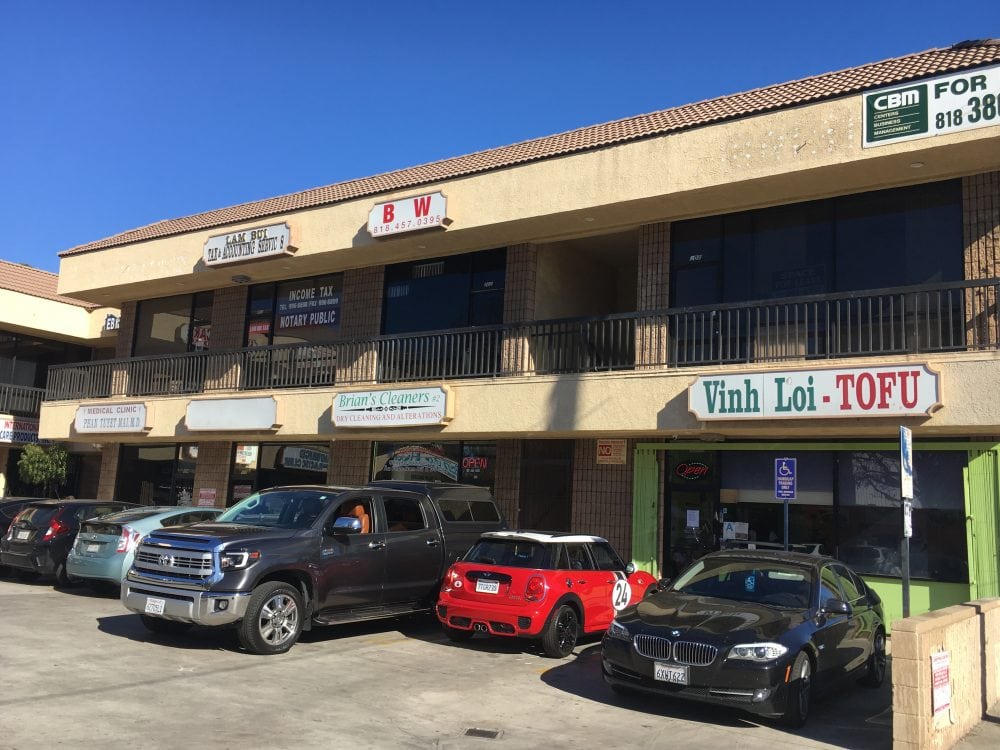 Kevin Tran’s 15-year-old San Fernando Valley tofu stop is tucked away inside a Reseda strip center that also encompasses a nail salon and a small cleaners. Spago’s, this is not. But this is a trek definitely worth making and should be on your vegan Los Angeles list!

Vinh Loi is perennially rated as one of the best vegan restaurants in Los Angeles as shown by the throngs of diners at all hours of the day. A true family establishment (the last time we went, Tran had his wife and three daughters working), the eatery serves outstanding vegan Vietnamese food at affordable prices and in an extremely relaxing setting.

It may not look like much from the outside but you won’t be disappointed with the food. Top notch and a fantastic vegan Los Angeles option! 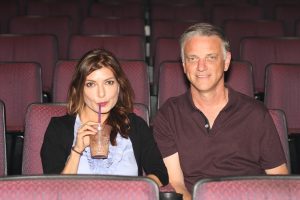 Jim and Lori Amos are partners in Scout 22, a marketing and PR agency with over 20 years experience that focuses on helping vegan and conscious capitalist companies. Avid travelers, their favorite destinations include anywhere in the UK, Greece, Mexico City, Spain and Tuscany. They are vegans, environmentalists and animal rescuers who live in the San Fernando Valley region of Los Angeles with four dogs, eleven cats, two squirrels and the occasional opossum.

Thank you so much for this list. Going to California end April, on my veggie / vegan trnasition and this will keep me in good eating mood! Mahalo

Oh Fantastic!!! Congrats on the transformation. :) :)