With over 19,632,000 vegans in the USA alone, it is understandable that not all of these people follow the same exact diet. Similarly, there are a few reasons why people adopt a vegan lifestyle from going vegan for health reasons to being an ethical vegan.

Yet what are these different types of vegans? How many different vegan diets are there? Let’s find out! The different types of vegans will list the reasons why people follow a vegan lifestyle and name them accordingly. Of course, there are some individuals who became vegan for several reasons. Or they may have become a vegetarian for the planet then transitioned to veganism for the animals. Therefore, bear in mind that these are the four main types of vegans. Ethical Vegans are those who have chosen a vegan lifestyle, as they are firmly against animal-cruelty. This type of vegans don’t want their life to involve exploiting animals in anyway. About a third of people who choose to go vegan, do it for the animals.

Animals are sentient creatures that have a right to live. Ethical vegans believe that killing to eat is wrong. Why do we protect dogs from being hit by punishing perpetrators yet encourage pig farmers due to the demand for bacon? How can one page in a magazine tell readers to adopt a cat from a shelter, while the other side advertises fresh Atlantic salmon?

Ethical vegans have made the link that there is no difference between a dog and a pig or a cat and a fish. They are all sentient beings and creatures that want to live. Furthermore, ethical vegans find factory farming cruel and nothing like the marketing adverts showing happy cows grazing in lush green fields. Creatures bred for our plates live short and miserable lives – therefore the only way ethical vegans can see to protect them is by obtaining from all animal products. Another type of vegan are environmental vegans. These individuals go vegan as a way of living a greener lifestyle and in a bid to do their bit for the planet. 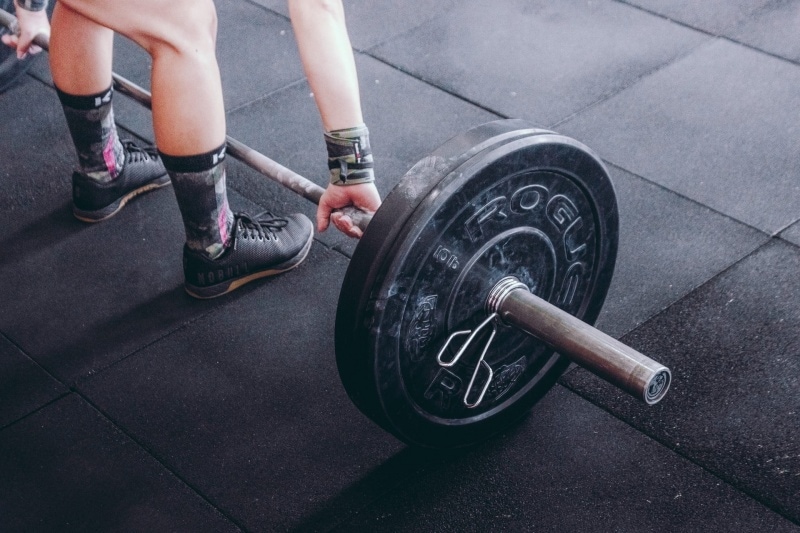 Another big group of vegans are health vegans. Simon Winch, the CEO of Veganuary, said, “health is now the second biggest driver for so many people going vegan“. After ethical vegans, health vegans are the most common type of vegan. Thanks to documentaries like the Game Changers and awareness of how too much red meat can increase the risk of bowel cancer and heart disease.

A study carried out by medical test company Medichecks showed a vegan diet could help cut the risk of developing diabetes and cardiovascular disease. People involved in the research who had become vegan had lower than average blood glucose levels and lower levels of unhealthy cholesterol.

Individuals who suffer from lactose intolerance may also choose a vegan diet for health reasons. They have already cut out all of the dairy in their diets so why not go vegan? Also, you never get the excuse “but I could never give up cheese” with lactose intolerance individuals. Religious vegans choose a vegan diet due to their spiritual beliefs.

Jainism for example is a religion where its followers consume a strict vegan diet. It is an ancient Indian religion. Followers of Jainism abhor all violent activity. It is such a core belief that they believe if they do not abandon all violent activity any religious behavior is rendered worthless. “Non-violence is one’s highest religious duty”. This extends to their diet meaning they consume a non-violent vegan diet.

There are also a few vegan Buddhists although not all Buddhists are vegan. There are many different schools of Buddhism and some include religious vegans. Some Buddhist schools recommend a vegetarian diet and forbid their monks from eaten flesh of any kind. Similarly, around 33% of Hindus are vegetarians.

There are a few religious vegans who are Jewish. Many Jewish vegans are particularly concerned with kosher practices which is demonstrated in the documentary film If This Is Kosher.

Some Christians also follow a vegan or vegetarian diet during lent.

There are quite a few religious vegans around the globe. These individuals chose a vegan lifestyle due to their religious beliefs.

Religious Vegan Definition = they give a sh*t about not harming animals for spiritual reasons. A vegan diet is a diet which consists of no animal products. Vegans abstain from eating animals or anything an animal has created such as cow’s milk or honey. This means they consume lots of great things such as nuts, legumes, beans, tofu, vegetables, fruits, cookies, dark chocolate, vegan alcohol, potatoes, pasta, bread etc. If it does not contain animal products such as pesky whey powder or gelatin, a vegan can eat it!

Yet there are many different types of vegan diets. For health vegans they may avoid eating items which a junk food vegan would love! Similarly, there may be a few vegan diets in this types of vegan diets list that you have never heard of. Do you know what a freegan or a pegan is?! Read on to find out. A raw vegan diet is where individuals will only consume uncooked vegan food. As the name suggests, they eat their vegan food raw. This stems from the belief that by cooking food at high temperatures you lose many of the vitamins.

That is not to say that all raw vegan food is cold. Raw Vegans can heat their food to 104 Fahrenheit (40 Celsius). If you are wondering what you can actually eat on a raw vegan diet there is plenty besides a plain salad. There is a wide range of delicious raw vegan food such as raw vegan lasagne and raw vegan cheesecake! A Gluten-free vegan diet consists of a diet where no animal products or gluten-containing ingredients are consumed. For those of you not too sure what gluten is, gluten is a general name for the proteins found in wheat (durum, spelt, wheat and einkorn), rye and barley. Gluten helps foods maintain their shape and acts as a glue that holds food together.

Some individuals known as celiacs are affected by an autoimmune disease called “celiac disease”. They cannot eat gluten otherwise they become very ill. Others choose to refrain from eating gluten for health reasons. A frutarian diet is a type of vegan diet where individuals only eat fruits, nuts and seeds.

There are some frutarians who will only eat what has fallen naturally from a plant. Others believe that it is improper for humans to eat seeds as they contain future plants. Yet some vegans who follow a frutarian diet also include pulses such as beans, lentils and peas in their meals. While there are many strains of frutarianism, fruit is the main focus of this vegan diet. While very few vegans sustain themselves on a diet of just vegan junk-food, the rapid growth of vegan junk food means that vegans no longer can’t enjoy a burger, ice cream or hot dogs. Some call these vegans, junk-food vegans. These vegans eat lots of processed vegan food and mock meats.

Raw till 4 is exactly what it sounds. With this diet, vegans eat a raw vegan diet until 4pm. Some experts believe that eating raw food is better as many nutrients can be lost by cooking food. Yet, as not everybody wants to follow a completely raw vegan diet this diet enables vegans to enjoy a hot vegan meals in the evenings.

On the Raw Till 4 Vegan Diet there are no restrictions on cooking vegan food at a higher temperature after 4pm.

The paleo vegan diet is a variation on the paleo diet. Paleo is a diet plan which is also known as the caveman diet.

Individuals who follow this eat like humans from the Paleolithicum era. The Paleolithicum era was the early stone age and the argument for this diet is that we evolved on this food plan. You eat pure and unprocessed foods. Paleo vegans eat plenty of fresh vegetables, fresh fruit, nuts and seeds. Strict paleo vegans or pegans do not eat legumes or grains as these were not eaten in the early stone age.

Paleo Vegan Diet Definition = what vegan cavemen would have eaten A freegan diet is consumed by freegans. These individuals are reacting against waste in capitalist society. They do not buy food but live off what is left and thrown away by supermarkets and individuals. Seen as a movement which has stemmed from dumpster diving, freegans obtain their vegan food from multiple different sources, not all are legal.

Essentially a freegan diet is where you consume vegan products you have found rather than bought.

If you have ever wondered about the types of vegan diets and different types of vegan, hopefully this article has helped to explain the various types. 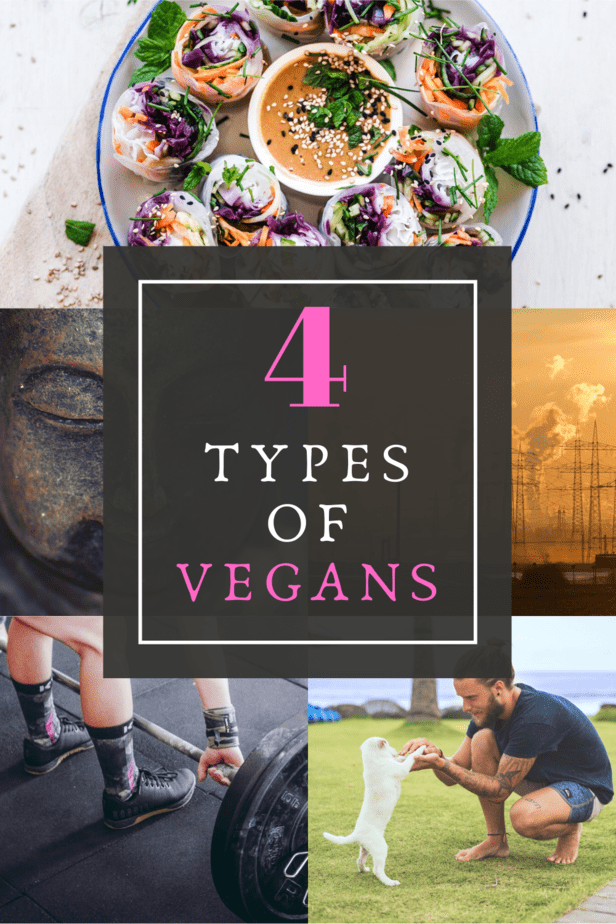